Singapore is leading the charge against fake news, with a new anti-fake news law that went into effect on Wednesday.

Anyone—or any company or organisation—that puts out “false statements of fact” that are judged to be “prejudicial” against the national security or “public tranquillity” of Singapore or its relations with other countries – could face serious consequences.

Perhaps the law—which is called the Protection from Online Falsehoods and Manipulation Bill—should have been called the Only Say Nice Things About The Government Or You Will Spend The Rest of Your Days in Prison Bill.

Under the law, government ministers can even ask for something they consider fake news to get taken down or have a correction put up. This includes having Facebook and Google to block the accounts of people doing fake news. The more substantial penalties include up to $36,000 USD fines and up to five years behind bars, so don’t expect a Trump state visit anytime soon…

In a major assault to robot rights and dignity, fake accounts and news generated by bots can also lead to up to $73,000 fines and ten years in prison for those behind it. Companies who engage in fake news are looking at over $700,000 fines.

Wait, wasn’t Singapore the nice sort of dictatorship? One where there are many Starbucks and clean pavements all over?

It is to an extent. Those accused of fake news can protest and appeal, but critics are worried the law will stifle free speech. They probably do have something to worry about considering Reporters Without Borders recently ranked Singapore 151 out of 180 countries on press freedom. It’s like Kim Jong Un of North Korea expressing support for prison reform: scepticism can occur.

The International Commission of Jurists (ICJ), said the law is dangerous, and there’s a very good chance it “will be misused to clamp down on opinions or information critical of the government.”

Singaporean Prime Minister Lee Hsien Loong, the third PM of the country who has reigned since 2004 and is the son of the first PM Lee Kuan Yew, said the bill is necessary to prevent “disorder” in Singapore’s multi-ethnic, diverse society.

Yes, real fake news is a problem. But a more significant issue could be when fake fake news, also known as real news, gets blocked by authoritarian governments to push down what they don’t like.

Just look at China banning any images of Winnie the Pooh because the bear looks too much like  leader Xi. While the UK is still busy Brexitting and presumably will be for the next few years, the European Council is currently negotiating the new EU budget. The budget in question outlines the EU’s expenditure for 2021-2027 and has led to a fair few member states trying to escape through the bathroom window.

Thus far, the five nations who have forgotten their pin are Germany, Sweden, Austria, Denmark and The Netherlands. They are also known as member states who are net contributors, whereas Southern and Eastern member states are mostly net recipients.

Aside from receiving fewer EU funds, the cheap five are also don’t like where the money tends to end up.

Instead of innovation, education or green energy, most of the money goes to places that have nothing to do with them. Think subsidies for unprofitable gorgonzola farmers and regional funds for the poorer member states, instead of innovation and sophistication.

Of course, there is evidence of corruption and inefficiency in how the budget is spent. No, we don’t mean: “THE EU SPENT €53 OF TAXPAYERS MONEY ON NESPRESSO PODS”, but some of the regional and agricultural funds have gotten in the hands of the corrupt.

Hungary received about €25 billionover the last six years, and a good portion of it has been spent on unnecessary projects to benefit Prime Minister Orban himself. Projects include a €10 million ice rink and €2 million on a ‘vintage railway’ between Orban’s childhood villages.

The EU has been trying to address this, but according to Orban and friends making funds conditional on democracy and other such delights would be ‘attacking member states’. And because the EU is so ‘undemocratic’, they’ve been able to do nothing about it.

To continue the group dinner analogy, it is true that countries like Romania, Hungary and Bulgaria are getting most of the beef for the least money. But, let’s not forget why the EU 27 are sitting at the table in the first place. The Germans and the Dutch are here to sell, and that’s what they’ve been doing.

For every train station built in Victor Orban’s home town, Germany sells a few million Audis to his dodgy friends.

Thanks to the largest free trade block in the world, 71% of Dutch goods and 59% of German goods are exported to other EU countries. On the whole, the cheap five only spent 0.8% to 0.7% of their GDP on the EU budget, while estimated gains from selling potatoes and microchips at no cost to the 26 other countries are around nine-fold.

Think of it this way, Belgium spends about the same percentage of its national budget on sportsand double that on its military, as it does on the EU. You be the judge on what money’s better spent. Wait what? There’s a Belgian army?

So, while budget scrutiny is right to avoid more multi-million-euro ice rinks in Orban’s back garden, the EU does give bang for your buck. Otherwise, the Brits wouldn’t have spent three times what they used to pay the EU on Brexit contingency planning.

Meanwhile, Boris is still lurking at the bar threatening to leave unless they’re given a menu that exclusively consists of scones, luke-warm beer and shepherd’s pie. 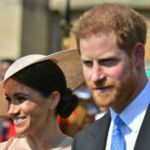 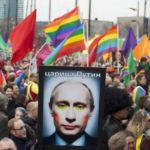