There’s been a lot of fear and suffering in 2020. And France is finally getting to the core of who’s responsible for it: the ebike industry. An bike advert was recently been banned in the country for “inciting fear and suffering.” Note: it’s unclear whether the advert caused the national of France more or less distress than Prime Minister Édouard Philippe’s evolving facial hair.

The advert, which is for the Dutch company Van Moof, shows images of factory chimneys and traffic jams reflected in the sheen of a black sports car. Then the car effectively morphs into a sleek black ebike. All in all it’s kind of like Transformers, but without the stellar acting talents of Shia Labeouf.

Van Moof was really proud that they’d pushed the boundaries of creativity and “question[ed] the status quo.” But like, they made a thirty second commercial. They didn’t write Lady Chatterly’s Lover.

The ad was ultimately banned by the Authority for the Professional Regulation of Advertising aka the ARPP. (Which shouldn’t be confused with the AARP, an organization in America that sends spam mail to elderly people while promoting itself during commercial breaks on Wheel of Fortune).

They said the ad created “a climate of anxiety.” But by that logic, they also need to ban the finale of Masterchef, the SAT and the entirety of 2020.

They also said the commercial went “too far” by showing images of smoke and factories. If these guys are scared and suffer while watching smoke blow out of a factory, then they’re really in for it when they finally start binge watching Game of Thrones.

Last year, Peloton released a way more problematic ad for their stationary bike. In that ad, a husband forces his wife to lose weight as his Christmas present to her. She gets really stressed and then wakes up at 5am to do an at-home spin class in $140 leggings while vlogging the whole thing. So scary. But that ad was never banned. Maybe this ebike commercial would’ve done better if they it featured Taco Carlier, the founder of Van Moof, giving his wife a bike so she could lose that baby weight.

Ultimately, the Van Moof ad went viral and Taco’s the one who really ended up winning. (As if he wasn’t winning already just from being named Taco). 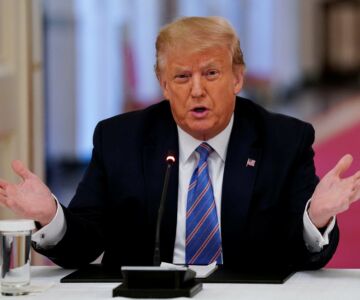 It’s been a terrible week for Donald Trump. First of all, he’s facing an investigation from Manhattan prosecutors into his shady business dealings. And second of all, the humidity is so crazy that his hairline is frizzing to oblivion. On top of all that, his former bff, Kanye West, turned on him and decided to run against him for President.

Nevertheless, Trump has made it through worse times than this before. (For example, the incredibly embarrassing cameo he did in 1994’s “Little Rascals.”) So at the end of the day, this little rascal’s determined to make it through.

On Thursday Supreme Court has ruled that Trump has to turn over his financial records and tax returns to Manhattan district attorney, Cy Vance (whose name makes it sound like he should be selling refrigerators on The Office).

Vance is investigating hush money that Trump apparently paid to two women he had affairs with before he became president. There’s very few details available about these women and their alleged hush money.

Was the hush money warranted? Probably not. Knowing Donald Trump might be something you brag about. But “knowing him” in the biblical sense? Not so much.

The Supreme Court ruling came down 7-2, with Justices Neil Gorsuch and Brett Kavanaugh (Trump’s own picks for the Supreme Court) voting against him. Maybe if he’d paid them off the same way he paid off his former lovers, things would’ve turned out better for him. The dispute has now been sent back to the lower court for further proceedings.

Trump responded with his favorite phrase of all-time: “Witch Hunt.” This idea that he’s being unfairly persecuted by politically motivated-enemies has been a narrative that’s worked out for him in the past. But still, it’s weird that Trump is so obsessed with comparing himself to a Witch. Honestly, it wouldn’t be surprising if news came out that he has a hidden fetish for green Elpheba makeup or he’s enslaved an army of flying monkeys.

It’s still doubtful that Trump’s financial records will be publicly released before the November Presidential election. Instead voters will have to make up their minds based on four years of understanding exactly how Trump operates and what his priorities are. Which is fine because most voters don’t seem to care about the latest round of dirt on Trump’s record. They’re basing their decision on something much more important: how sexy they look when they roll into Walmart wearing a MAGA hat to complement their confederate flag belt buckle. 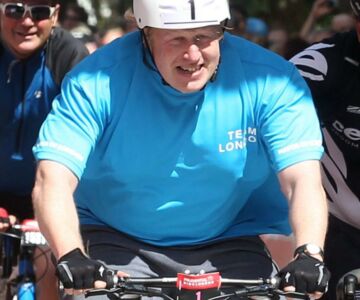 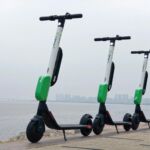