The Lysol at the End of the Tunnel

The Lysol at the End of the Tunnel

In 2020, the world is facing something truly unprecedented—something no one could’ve ever expected or anticipated: the cleaning of New York’s MTA subway cars.

Earlier this week it was announced that the subway would close from 1am to 5am so each car could be disinfected. This breaking news was almost enough to distract people from an online video of Meryl Streep singing in a bathrobe. (Almost).

Even weeks ago, the idea of cleaning the subway was genuinely unthinkable — so unthinkable that people actually considered drinking lysol before they considered using it to clean a subway car.

According to City Councilman Robert Holden, when the MTA was confronted about halting service for cleaning, they called the idea “dumb.” Now, there are a lot of things you can describe as dumb: Youtube fail videos, anyone you’ve ever worked with on a group project, and Lindsey Lohan. Earlier this week, a news anchor on Good Morning America appeared without any pants on. Those things are dumb. Wiping germs off a subway pole during a global pandemic? Not so much.

It’s about time New York subway cares got a little care and attention. They’ve been through a lot. They’ve seen people hysterically crying into their Chick-fil-A, they’ve seen kitted out mariachi bands playing Ricky Martin songs, they’ve seen a drunk couple going at it under the dim romantic lights of the L train. They’ve really seen everything (except a lysol disinfecting wipe).

However, officials were hesitant to close the subway even during off-peak hours, like 1 to 5am. Sure, the majority of New Yorkers don’t need to use public transport during that time, but what about those that do need it? Like New York’s persistent rat population? Or, worse, those commuting from New Jersey?

Now, for the first time since 1968, subways are finally getting a good rinse. The last time subways were cleaned, a big mac cost 49 cents, women were still wearing the beehive haircut un-ironically, and everyone’s idea of a wild night was going to the cinema to watch Chitty Chitty Bang Bang.

It only took a national emergency, a killer virus and 3.2 million deaths, but New York finally did the unthinkable. They put lysol wipes onto grotty surfaces in a move the governor is calling, “as ambitious as anything we’ve ever undertaken.”

Even Governor Cuomo is now calling the state of the subways “disgusting.” And that really means a lot coming from a guy who lives in Albany. 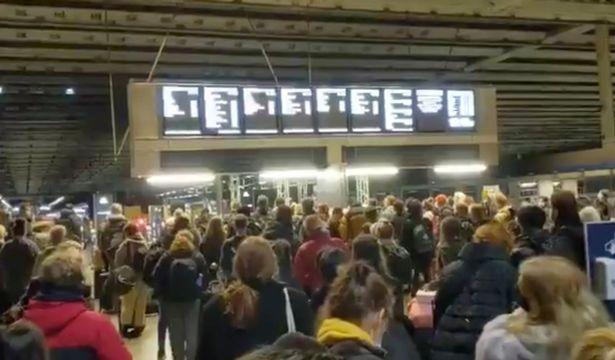 In a final 2020 curveball, the British government announced that a new strain of the Coronavirus had left it no choice but to close the South-Eastern part of England (including London) down. People within the so-called ‘tier 4’, can’t leave to other parts of the country, visit others within the zone or celebrate Christmas with their loved ones.

What they can do is already experience the consequences of a no-deal Brexit as this is causing massive delays in essential transport and most other countries are now making it impossible for Brits to enter. To complete the picture, you could drape your children in Union Jacks and live exclusively on chlorinated chicken. This little taster should give affected Brits at least 11 days to reconsider their 2016 vote.

Boris Johnson conceded not to know much about this new strain, and that there are ‘too many uncertainties’ around it. But, what he does know for sure is that it’s definitely not more dangerous and that vaccines will definitely work on it. Those police officers at train stations and airports you ask? Yes, the ones with the guns – they just happened to be in the area.

Predictably, and much like in every European country, people saw the few hours between the announcement and the entry into force as a queue to run en masse to their local train station. In a ‘Grab your dog, your five children, 3 of your best friends and run for the border before the lockdown infects us’, sort of way.

This is the problem with the measures; a) they act as a dog whistle for people to run around by the thousands to see just how much saliva they can exchange out on the streets before the fun’s over b) They’re designed to serve the public interest, but the public is just no longer interested.

Perhaps what we need is a visionary to deal with this new strain and to find a way around this lockdown conundrum. Someone with impeccable logic, integrity, preferably surrounded by a team of weirdos and misfits. Has anyone tried Barnard Castle yet? 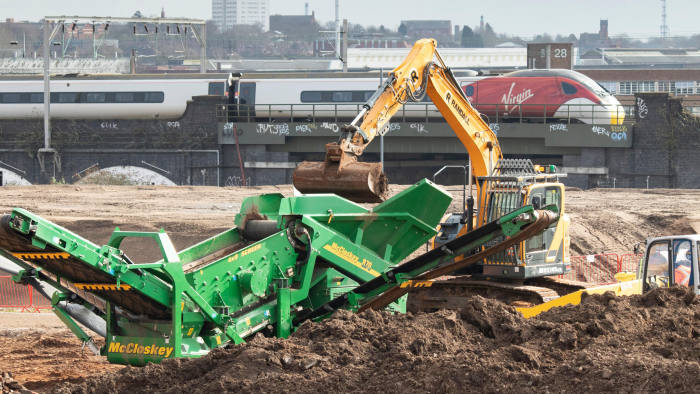 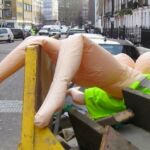 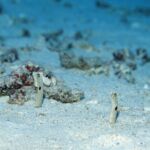