Takes One to Know One

Takes One to Know One

China will soon be using its high-tech social credit score system to rate corporations. The country’s National Reform and Development Commission says it is ready to rate firms poor, fair, good and excellent.

The matter still needs to go to authorities before it is rolled out, but don’t count on much opposition.

Foreign companies, meanwhile, are worried that more clashes on trade could lead to them being labelled as poor and “unreliable entity” status in order to artificially boost Chinese firms and smackdown foreigners to punish them for their governments being disagreeable.

The rating system will apply to 33 million firms ranging from small to massive. A company will be rated after their records are combed through on everything from quality to tax records to legal disputes.

Sounds harsh, but remember, locking up a few Uighurs will probably guarantee your business an ‘excellent’ rating.

This sounds similar to China’s ‘Social Credit System’, where the government assesses whether you’ve been behaving ok before granting you privileges like travel, or breathing.

Thousands of Chinese people are already banned from using public transport or flying because of the system, while others have lost access to the best dating sites and other luxuries.

It’s one thing to breathe down your citizens’ necks, but can’t you at least leave them freedom to meet some rad people on dating apps?

But, before you say “see, China’s being all 1984 again” or “next time I don’t flush, I’ll lose all my social privileges” – China isn’t alone.

The US got the party started by targeting Huawei along with many other companies in bed with Chinese businesses and essentially threatening companies with tariffs if they don’t follow the government’s line. Communism right?

Is this simply evil because China is doing it and it’s high-tech? Will we have to endure an era of films with bad Chinese accents like the endless Russian movie villains the Americans had to endure during the Cold War?

Or perhaps it’s time to acknowledge the two leaders like the great flag waving patriots they are, doing what’s best for the Chinese and American people. As long as they fully comply, that is… 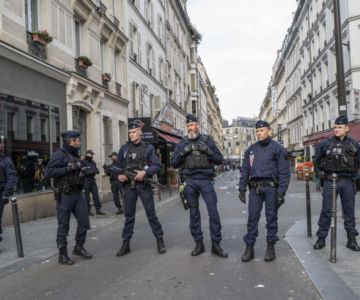 Responses to COVID - An Overview

Now the lockdown has been going for over two weeks in most places; people have grown tired of seeing their neighbour’s pathetic pushups and daily culinary routines decline.

The same can’t be said for most governments, who spend a lot of time covering what other countries many miles away are doing – instead of worrying about themselves.

Mostly in a sort of, ‘see we’re not that daft’ sort of way. Or, in some cases, in a ‘see, we aren’t the only ones who don’t have a clue’. Not surprisingly, is that most countries have responded in a way they tend to do most other things – Dictators gonna dictate, Democrats gonna…debate.

Russia and Hungary, for example, took this opportunity to upgrade themselves to dictatorships of the highest order. Anyone found to spread misinformation about the virus, risks a 5-year prison sentence in Hungary. Russia too enforces similar prison sentences for going outside, and the government now has the power to implement further restrictions “as they see fit”.

Further West, Belgium was inspired and couldn’t resist the temptation to become a police state. Borders are patrolled, and local authorities set up a phone line allowing citizens to report any foreigner who don’t reside at their official address. The Gestapo should be on their way shortly.

The Netherlands meanwhile, has used this opportunity to stand firmly with their principles. No, they’re not reprimanding Victor Orban for breaking EU rules by turning Hungary into Azkaban, that’s all good. Instead, they’ve been blocking the implementation of the so-called ‘Corona bond’, a financial means that would share the fiscal burden of the crisis between EU member states.

Some have argued that the sudden pressure from Italy and Spain to push the bonds through is a show of opportunism. And, they could be right, as this discussion has been going on for many years. Then again, what will be the point in all those Euros when there aren’t anymore Italians to spend it on at the end of the crisis?

The USA, former democracy turned pious monarchy, similar to those they usually bomb in the Middle East. Apparently, a national day of prayer wasn’t enough of a show of impotence, as MyPillow founder Mike Lindell used a White House official press conference to announce “God gave us grace on November 8th 2016, to change the course we were on”. And change the course he did. Meanwhile, the sole voice of reason in the White House, Dr Fauci, is seeking extra security as he faces death threats from the usual shaved-headed crowd. MAGA – Of course.

The UK has handled this with a predictable whiff of incompetence and xenophobia that we’ve become used to. UK Health Secretary has faced calls to resign after promising 3000 ventilators only to deliver 30. Perhaps putting it on the side of a red bus would improve credibility. Nigel Farage, who now also often appears as a Corona Expert and Donald Whisperer, has expressed outrage at the fact that many of the ventilators that are being provided to the NHS are made in China. He’s drawing up a list of Brits unwilling to be saved by a foreign machine as we speak.

Meanwhile, Boris Johnson finally gets to make history as he is the first and only world leader to become infected with COVID-19. Given his longstanding Bullingdon Club membership, as well as multiple affairs, he’s probably had worse. 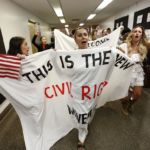