The good news: male birth control has arrived. The bad news: it’s only for squirrels. Researchers are planning to spread infertility throughout the grey squirrel population in Britain in order to allow Britain’s native red squirrels to thrive.

Currently, there are 140,000 red squirrels and 3 million grey ones. Apparently the grey squirrels are “wreaking havoc” on Britain’s wildlife – whatever that may be…

Grey squirrels were originally brought over from America in the 19th century, which sort of explains why the British hate them so much. They’re all “how could the Americans bring this horrible scourge to our country.” But like, the British brought smallpox and genocide to America.

Note: whose brilliant idea was it to take a grey squirrel across the Atlantic in the first place? Didn’t 19th-century people have better stuff to do than taking squirrels on really long boat rides and oppressing women?

There’s a lot of really negative rhetoric about grey squirrels right now. Apparently “no tree is safe” from them. Sorry, but how is a tiny squirrel going to take down a whole tree? The propaganda against grey squirrels can only be explained by one thing: squirrel racism.

Yes, red squirrels are really cute, and they’re characters in Beatrix Potter’s books. Meanwhile, the best a grey squirrel can hope for is a 4 minute part as the incompetent squirrel in Ice Age.

In fairness, grey squirrels have beady eyes and look kind of like rats. But squirrels shouldn’t be judged by the color of their fur. They should be judged by real things…like how big their nuts are.

The other issue here is the question of choice. Shouldn’t it be a squirrel’s choice to decide whether to procreate or not? Researchers thought that making the squirrels infertile would be a more humane solution than just killing a bunch of them. Tbh, neither seems like a very cool idea.

Researchers are still divided as to how they will tackle rampant squirrel sex.

Tiny squirrel condoms? Flat out neutering? Squirrel sex education? If so, who will teach it?

There are a lot of kinks to work out – and it remains to be seen whether the British government will prioritise finding a ‘final solution’ to the squirrel issue over stopping London stabbings or dealing with Brexit details like finding someone to trade with.

What the Brits can agree upon is that they want the greys out. They’ve taken enough of the red squirrel jobs, not to mention the burden they present to the NHS. Even Prince Charles, who is actually a patron of the Red Squirrel Survival Trust, ordered a “cull” of grey squirrels on his estate. And if Prince Charles did it, it must be a good idea. Have you ever visited a British Wetherspoons? Perhaps then you have noticed the way that the tables are permanently sticky, even after being ‘wiped down’. Or the way that the menus are stained with years of ketchup and brown sauce.

Even during a global pandemic, the lavatories never seem have enough hand soap or hot water. So the customary three second rinse has to suffice.

It is a wonder then that the chain’s founder, Tim Martin, has recently claimed that there has been ‘hardly any transmission of coronavirus in pubs’ and that his will ‘remain open for the duration’ of the epidemic. See, Tim is a business man. If people are going to get corona, he’s damn well making sure it happens over one of his pints.

Aside from being a part-time pandemic expert, Tim Martin also so happens to be a large Tory party donor and fervent Brexiteer. This explains why Stella Artois is the most foreign thing you will find in a Wetherspoons.

But his attitude has so far drawn no criticism from Downing Street. However, since the government ordered that all pubs and restaurants should close, ‘Spoons’ have ceased trading for now.

In the mean-time, millionaire Tim Martin intends to try and catch the coronavirus and fight it off to gain immunity… despite being a heavy smoker and undergoing several surgeries in recent years.

It’s only a shame that all his pubs have now closed, as they would have given him the perfect opportunity.

But this just one of a wide range of approaches taken by different businesses to the pandemic. Some companies, including Nivea and some gin dispensaries have used their factories to start producing hand sanitiser and disinfectant.

Supermarkets too have stepped up their response. With ‘silver hour’ being introduced in many to allow vulnerable elderly customers priority over newly stocked shelves. Toilet paper has been particularly difficult to find… owing to a lesser known COVID-19 symptom – insatiable addiction to Andrex and Contonelle.

But just how many of these high-street names will be able to bounce back after the current crisis? A study found that closures could push the UK, among other countries, into a ‘deep recession’.

A Chinese-style complete closure of society could lead to city centres looking like set-pieces from the Great Depression permanently. As one prominent doctor recently wrote… ‘It’s like an elephant being attacked by a house cat. Frustrated and trying to avoid the cat, the elephant accidentally jumps off a cliff and dies. 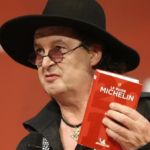 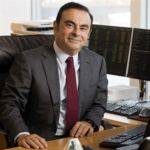