Nickelodeon recently tweeted out a Pride month image of Spongebob surrounded by a rainbow. The caption was, “Celebrating #Pride with the LGBTQ+ community and their allies this month and every month.”

Nickelodeon disabled the comments to dissuade haters…because they correctly anticipated the number of people who are just waiting to threaten a cartoon sponge.

Still, the post prompted a heated discussion about whether there’s some major homoerotic sexual tension between Spongebob and his BFF Patrick — a suggestion which is frankly disturbing and just plain wrong (Spongebob is obviously secretly pining for Squidward).

The creator of Spongebob, Steven Hillenberg came out against the fan theory that Spongebob was gay in 2005. He said, “We never intended them to be gay…I consider them to be almost asexual.”

Scientifically, Hillenberg is correct: in nature, Starfish like Patrick reproduce asexually. However, there have been considerably fewer studies on the sexual predilections of Starfish with bushy eyebrows who wear floral board shorts. In other words, the jury’s still out on Patrick.

For others, Spongebob’s coming out has been the brightest piece of news in a world that feels like it’s increasingly on the brink of disaster. Still, it’s very characteristic of 2020 that the only thing people have to celebrate is the sexuality of a yellow kitchen sponge. 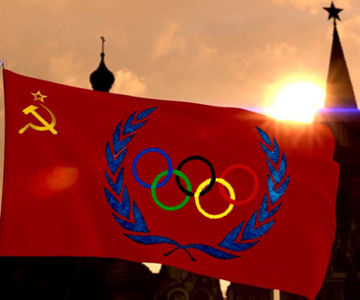 Russia has been banned from competing in the 2020 Olympics and the 2022 World Cup due to their rampant doping.

This means the Russian national anthem will not be played in either event and that no athletes can compete under the Russian flag. Only Russian athletes who demonstrate that they were not produced in a lab or injected with nitroglycerine will be allowed to go to the events.

To mark this occasion here’s a short history of doping which unsurprisingly was also born in mother Russia:

Steroids first came about in the 1930s, but only came to the world of sports in the 1950s. More specifically, US doctor John Ziegler met with a Russian physician who after a few pints admitted that he gave Russian athletes testosterone.

When Dr Ziegler returned to the US, he found that testosterone was great at increasing performance, but also that it turned athletes into much scarier mammals than humans were supposed to be. He then went on a search for a better performance-enhancing drug and stumbled on anabolic steroids.

Who said the Russians and the Americans couldn’t collaborate during the Cold War?

The use of steroids gradually became more widespread and dangerous.

One of East Germany’s fastest women, Renate Neufeld, said her trainer gave her ‘vitamins’ to improve sprint times in the 1970s. They did, but they also caused cramps, gave her a deep voice and a moustache.

Once she refused to take the ‘vitamins’, she was investigated by the secret police, after which she fled to the West. But this is not all. Long before Russians were sending spies to Salisbury to admire the local architecture and to poison pensioners, the Soviets would send KGB officers to the West pose as authorities from the Olympic Committee to undermine doping tests.

Jump forward several decades and a broken wall later, and doping is still alive and well. Especially in Russia.

Over the years, no less than 43 Russian medals have been revoked over doping violations – which ironically is deserving of a gold medal in itself, as no country even comes close to it. It also means that Russia has lost more medals to doping than India and Israel combined have won in total.

After Crimea, and several other Russian indiscretions, international authorities had finally had enough and decided to take more serious steps. In 2016, Canadian attorney Richard McLaren was put in charge of investigating Russian doping to look deeper into the matter.

The so-called ‘McLaren report’ examined samples from Russian athletes between 2011 and 2015, showing a total of 643 positive samples.

Out of those samples, a total of 256 samples came from athletes who competed in athletics and weightlifting. More surprising were the 27 samples from canoeing athletes, eight from bobsleighs teams and two from curling.

You’d think that with Russia’s experience of sweeping things under the rug, the curling athletes wouldn’t need the edge…

This year’s ruling is not only based on the widespread use of doping amongst Russian athletes, but the fact that Russia’s own Anti Doping Agency (Rusada) was found manipulating data that was handed over to investigators.

Despite all of this, Russia will be allowed to compete in the 2020 Euro Cup as they are the hosting country. Think of it as banning Saudi Arabia from the UN Women’s Rights Council, but inviting all heads of state to a ‘women in journalism’ conference held in Riyadh.

Still, at least Russia can now put all its efforts toward competing in the 2019 UK General and the 2020 US Presidential elections. 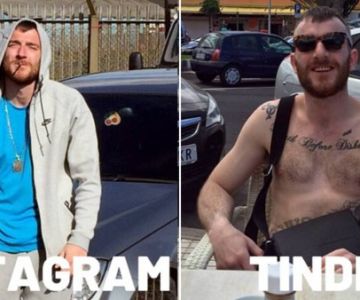 British police have been using the “Dolly Parton Challenge” to track down wanted criminals.

As they reshape themselves in the image of 1970s musical icons, maybe they’ll redesign their uniforms to look like “Leatherman” from the Village People. Maybe they’ll reprogram their sirens to ring out to “Roxanne you don’t have to put on the red light” by The Police.

For those who don’t know, the Dolly Parton challenge is an internet meme where people post four different photos of themselves, deeming each one appropriate for LinkedIn, Facebook, Instagram and Tinder. Usually the photos all look pretty similar (except in the Tinder one, where the person is always shirtless).

Like most internet challenges, there is literally no point to it. (Except for the ice bucket challenge which apparently raised a ton of money for ALS).

Anyway, this particular internet challenge raised no money for anyone. But it did inspire the Police (the law enforcement agency, not the band. The band hasn’t been inspired since 1983).

The Cleveland UK Police organized various pictures of their suspects into the LinkedIn-Facebook-Instagram-Tinder collage and then posted it, asking “Have you seen wanted man Scott Mizsei, 32?”

The Cleveland Police never addressed how they were able to access Scott’s Tinder profile. (Did they catfish him?)

The Durham Police pulled a similar maneuver, searching for a suspect named Paul Bishop. Not sure they understood the Dolly Parton challenge though, because they basically just posted the same photo four times (and he wasn’t even shirtless in the Tinder version).

In other news Boris Johnson recently approved of Huawei bringing 5G into Britain. At first he was really concerned that the Chinese government would be able to use the 5G to spy on British law enforcement and intelligence. Then he realized that law enforcement was spending all its time recreating Dolly Parton’s instagram posts and he was like “eh.”

If Huawei does end up spying on Britain, maybe the government will use the Dolly Challenge to try and catch the spies. 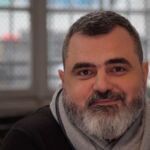