How do you end up in a car full of radioactive uranium, a rattlesnake, a handgun and an open bottle of whiskey? The answer is a mystery, but police in the small town of Guthrie, Oklahoma are wondering just that after a recent traffic stop turned up a couple in a stolen car meeting the above description. Life is strange indeed, but just how strange does it have to get for you to be driving with a can of radioactive uranium drunk on whiskey and a massive timber rattlesnake doing his thing in the backseat?

“There’s quite a few unanswered questions,” said Guthrie Police Sgt. Anthony Gibbs said, adding that “the uranium is the wild card in that situation.”

Talk about understatement of the century.

Imagine going to a buffet dinner and being told: now for the wildcard dish prepared by our esteemed chef, uranium-roasted salmon with a hint of thyme!

The driver in question, Stephen Jennings, was accompanied by one Rachel Rivera. In his defence, Jennings has a valid license for hunting and is technically allowed to possess and take the rattlesnake with him. Just so we’re clear: rattlesnake in the car, no problem (at least in Oklahoma).

Were Jennings and Rivera part of a fundamentalist cult that uses rattlesnakes to test the righteousness of believers and delivering uranium to their leader? Or were they just innocent patsies for whoever’s car they happened to steal? Maybe being petty thieves was just getting old and they decided to get into the dirty nuke business. Perhaps we’ll never know, but we can always hope for a future movie version of the Jennings-Rivera saga starring Samuel L. Jackson called “Snakes In A Radioactive Car.”

“Oh yeah,” Rivera (played by Jessica Alba) retorts. “What about a radioactive rattlesnake who eats uranium for breakfast?” 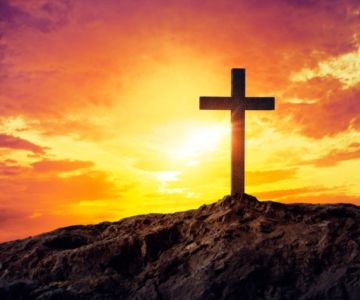 In a throwback to the days of burning books (and people), Australia is debating the “second draft religious discrimination bill”.

In essence, the bill seeks to ‘right the wrong’ that is many decades of religious people having to hide their discriminatory views. As a result, being religious now gives you a free pass to break several discrimination and hate speech laws that are currently in place.

Should the bill go through, religious people will be allowed to discriminate, spread what would otherwise be labelled as hate speech and all sorts of other things if god wills it. The only caveat is that “statements must be made in good faith”.

In case you were wondering what discrimination in good faith looks like, an explanatory memorandum from the Australian government has outlined the possible implications of the bill:

In religious schools, children who lose their faith can be punished or expelled (It is somewhat telling that depriving children of education is seen as the cure for atheism).

Students with a disability can be labelled sinners who are going through a trial imposed by god, and when a single mother drops off her child she too can be harassed by teaching staff about her life choices.

Meanwhile at work, the irreligious can be slandered on social media, not hired and working women can be advised to “submit to their husband, and work only inside the home”.

Even at the doctor’s office, the godless won’t be getting any breaks. Doctors and pharmacists can now promote gay conversion therapy, refuse to offer contraception and convince any suicidal patients that a rosy future lies ahead in the kingdom of heaven.

Sadly, the privilege of shouting at disabled children and single mothers is not reserved for the irreligious. Which if anything shows that a law made by and for the religious explicitly states it’s impossible to be religious without the ability to be openly sexist and hateful.

But, there is more as the bill has opened the entire pandora’s box of old testament cruelty. What the pious Australians didn’t realise, is that with a bit of casual sexism also comes the wrath of old-testament god. As a result, most of Australia is now covered in wildfires with temperatures soaring up to an unthinkable 50 degrees Celsius.

Still, if the bill goes through, many bible-waving Australians can now enjoy a bit of long lost religious exceptionalism. That is, before the seas part and the locusts arrive.

In case you thought racism disappeared when Obama became President and The Green Book won an Oscar, think again.

Yesterday’s qualifying match between England and Bulgaria was stopped twice due to racist behaviour by Bulgarian fans. The abuse included Nazi salutes and ‘monkey noises’ by fans whenever a black player had the ball.

Some fans even found time otherwise spent doing community service or graffitiing trains to print T-shirts that say “no-respect”. Say what you will about today’s racists, but they’re definitely self-aware.

Ironically, Bulgaria’s coach claimed England had a much bigger racism problem, just days before the match.

Good job UEFA has a three-step protocol in place to deal with discrimination during matches, although that does speak to the calibre of people they expect at these games.

After a bit of racism, the referee will ask supporters to stop.

A little more racism and the players briefly leave the stadium. Then the referee reminds the fans that the first time was fun and games, but that they should really stop now.

After a third try, it becomes too hard for UEFA to explain why they have these people at these games, so they usually abandon the match altogether.

In this incident, UEFA didn’t make it past the first step. This should make it clear to all the Bulgarian fans that they should bring something better than just a Hitler salute. Everyone does those nowadays.

Responses to the incident were mixed from both sides of the pitch.

Bulgaria’s goalkeeper and coach both said they were “unable to hear any racist chanting” and claimed the fans were on good behaviour. Not setting their standards spectacularly high there and the same can be said for their football as they lost 6-0.

Boris Johnson also issued a statement. Although this time, not one where he calls Muslim women letterboxes or black people’ picanninies’. Instead, he called on the UEFA to act swiftly.

And, act swiftly they did. Today the UEFA issued a statement saying both Bulgaria and England would be charged with misbehaving during the football match. It turns out the England fans disrupted Bulgaria’s national anthem at the beginning of the game, and that the Football Association did not bring enough ‘‘travelling stewards’.

Perhaps UEFA just wanted to make sure the English racists wouldn’t feel judged purely because of where they are from. 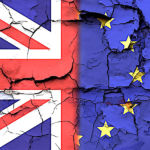 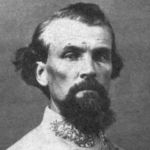