Scientologists Under Quarantine to Stop -Not Scientology- Measles From Spreading

Scientologists Under Quarantine to Stop -Not Scientology- Measles From Spreading

A cruise ship owned by the church of Scientology is on the run, after being quarantined when a case of measles was confirmed. The ship was being held in St. Lucia and the local government ordered passengers to stay on the ship. This to stop, not Scientology, but measles from spreading. The island did not have the authority to ground the ship, so after scraping together 100 measles vaccines, it set sail to Curacao.

So, to prepare the people of Curacao, first a bit more about Scientology:

Scientology believes ‘Xenu’, the dictator of the universe (obviously), brought billions of humans to earth 75 million years ago in a spacecraft. Xenu subsequently killed all of them with hydrogen bombs and volcanoes, but the immortal alien spirits remained alive and live off human beings. Not convinced? Understandable, they could have picked something credible like an invisible man zapping us into life 6000 years ago.

According to Tommy Davis, a spokesman for the church, the religion essentially comes down to ridding the body of space alien parasites. In order to do this, Scientologists first measure spiritual labour in a human, after which they start ‘auditing’, or cleansing the soul of spiritual disabilities. Essentially a large self help organisation. That, and one that kidnaps people, forces abortions and blackmails defectors. But, this is not for nothing. In return, when you reach the highest level of Scientology, you will become impervious to ‘Wog Illness” – Wog’s being average humans against the superior Scientologist. So, even though this comes at a time where the number of measles infections is at a 25 year high in the United States, there is no need to worry about the Scientologists.

With the help of a few celebrities along the way, Scientology has gained credibility. As a result, like other congregations of alternative facts, The IRS even granted them a church with a tax-exempt status. Curious how a tax exempt organisation owns a 110m long cruise ship.

The aim of the ship according to the Scientology website is to provide “a religious retreat ministering the most advanced level of spiritual counselling in the Scientology religion”. The ship allows Scientologists to “devote [themselves] entirely to [their] religious practice and in the company of people who share his religious commitment and outlook on life in general”. This naturally includes sharing infectious diseases. If only all anti-vax communities would be so selfless as to gather in confined spaces far away from land. 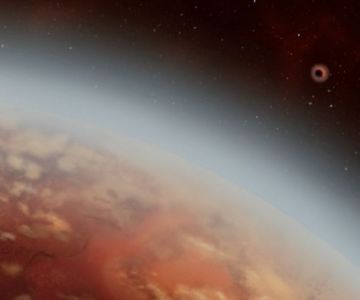 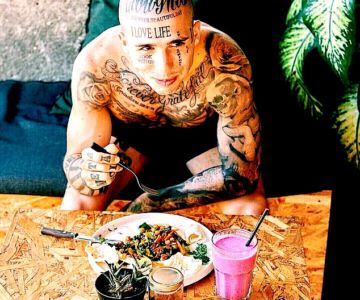 Instagram – the source of instant fame. All around the world people try and make their name on the photo-based site. On the Fence is trying it, too… *cough* otfnews *cough cough* But big reward seldom comes without big risk and Insta-fame comes with its perils.

This photo with the caption ‘Thinking about how different my life is from the man picking in the rice field every morning’ has spurred an internet outrage – it’s like a normal outrage but more self-indulgent and stupid. There is no doubt the picture subtitle combo is insensitive and the well-shaped butt in the foreground takes away from the overall message of humility, but beyond that, let’s not pretend this doesn’t happen on a daily basis in Bali. And yet…

The Mirror quotes a comment stating this post was ‘one of the worst’ they had ever seen. Really!? One of the worst? On the internet? Without blood, fecal matter, or overtly racist imagery this post has no chance of being the worst anything. The backlash Schlater faced prompted her to quit Instagram altogether. Rookie move, everyone knows scandals are how you build a social media following.

That isn’t to say that some Instagram stars don’t deserve a little slap to the back of the head. Especially if the head in question looks like the menu of a hipster coffee shop.

The guy featured above, German-born but Middle Earth-named Catalin Onc, and his girlfriend Elena Engelhardt could certainly use a reality check. Better known by their account name another_beautiful_day, the couple go around on fancy holidays to ‘inspire people to live their fullest lives’. Their life sure seems full as hell, but it has so far been funded by their mothers who have been sponsoring this whole party while the couple themselves don’t work at all. Intent on keeping the travels and the not working going the pair have started a GoFundMe page to secure a cool 10 grand to go ride a tandem bicycle through Africa. So far, €347 has been raised. Why would anyone fund their holiday? And, can someone provide a list of who did, so their voting rights can be revoked?

If you are one of the people who did throw money at the problem, don’t worry, you’re getting something in return. Instead of having to do all that travelling yourself, the aspirational couple are willing to do it for you! ‘Less talking more action!’

Being an Instagram traveler isn’t all glitz and glamour, though. It comes at a cost. Getting a job, for example, becomes a pipe-dream.

‘Some will just tell us to get jobs, like everyone else and stop begging. But when you have the impact we do on others’ life, getting a job is not an option’

Far be it for us to judge those who can make a living off traveling the world on Instagram. It’s hard to blame the girl who slept through social geography or the guy who looks like a bridge that’s been graffitied on, when it’s the thousands of fans and likes that enable them. Bit like Boris Johnson, really. 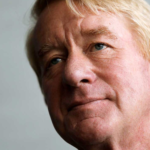