Everyone dreams of meeting a charming Prince, texting with him over WhatsApp, and then agreeing to build a data center in his country. However, this dream only became reality for one man: Amazon CEO Jeff Bezos.

The relationship between Bezos and Saudi Crown Prince Mohammed bin Salman was a bromance for the ages. They shared an intimate dinner in Los Angeles and exchanged phone numbers. Then they began texting over WhatsApp about their “Vision Partnership” (is that like a civil partnership?).

Suddenly their relationship was moving faster than Ariana Grande and Pete Davidson’s. Bezos was planning to build an Amazon data center in Saudi Arabia (which is like the businessman equivalent of getting tattoos of each other’s faces).

Around the same time it all went sour, the National Enquirer exposed Jeff Bezos’ extramarital affair with Lauren Sanchez. Apparently he sent a bunch of nude selfies and sexts, including one saying “I love you, alive girl.”

What is an “alive girl”? Did he put the comma in the wrong place and mean to say, “I love you alive, girl.” And if so, is he planning to murder her?

But apparently she didn’t “love him, alive boy” very much. She allegedly forwarded the texts to her brother who sold them to the National Enquirer. (Because when you’re involved in some saucy sexting, naturally the first thing you do is show your brother.)

Other people are also suspicious that a mistress would share her lover’s dick pics with her brother. So concerns have arisen that the National Enquirer expose was linked to the Crown Prince’s hacking of Jeff Bezos’ phone.

It wouldn’t be the first time a foreign “prince” has hacked an American’s personal data. CNBC claims that “Nigerian prince scams” rake in over $700,000 a year. But it might be the first time the hacking was done by an actual prince rather than a middle aged dude at an internet cafe.

Bezos should’ve learned a thing or two from Meghan Markle — when you cozy up to a foreign prince, the tabloids will ruin you. At least Meghan only ended up in Canada while Bezos ended facing global humiliation and ridicule. (Although who can say which is really worse). There’s a wee bit of controversy swirling around the University of Edinburgh in Scotland after a student group announced that white people would be banned at an anti-racism discussion. What better way to address embedded racism than to ban people from speaking based on the colour of their skin.

No word on whether die-hard Justin Trudeau fans in blackface would be welcome to hang out in the Weißfrei (white-free) safe space.

The conference was set up by a student group called Resisting Whiteness that says it is designed for QTPOC (queer and trans people of colour). Presumably sacred vows to resist whiteness are taken in secret ceremonies, and members are grouped according to their skin tone and queerness by an omniscient grandmaster.

The event in Edinburgh’s Pleasance Theater is intended to boost the voices of people of colour and thus conference organisers announced “we will therefore not be giving the microphone to white people during the Q&As, not because we don’t think white people have anything to offer to the discussion, but because we want to amplify the voices of people of colour.”

Curious whites can wait until after the panel discussion, or as the organiser put it:

“If you are a white person with a question, please share it with a member of the committee or our speakers after the panel discussion.”

White people with questions can also keep their mouth shut and their opinions to themselves, of course.

No word on whether a follow-up event would explore what it means to be a white person at a conference that doesn’t want to see your pale racist ghost-face and hear your pathetic white voice full of typical white questions.

Anti-racist campaigner Jane McColl seems to think white people do deserve a voice, however, and said that a conference like this “sets back the battle to achieve equality and fairness by decades, all because of the actions of a tiny group of extremists, whose perverse sense of logic has led them to belittle white people, not by who they are as individuals, by merely because of their skin colour.

“Imagine if this event was called ‘Resisting Blackness’, and non-white people were told they could not ask questions, nor access a room because they were the ‘wrong’ colour.” McColl added.

The university seems to agree with McColl and stepped in to “ensure the event is compliant with our values,” i.e. let whites ask questions and be in safe spaces they want to be safe in.

While it’s true that full equivalency is silly, considering white people haven’t had their voices shut out for years because they’re white, it’s also true that events like this do more to undo what the organisers are presumably working for than just being reasonable in the first place. 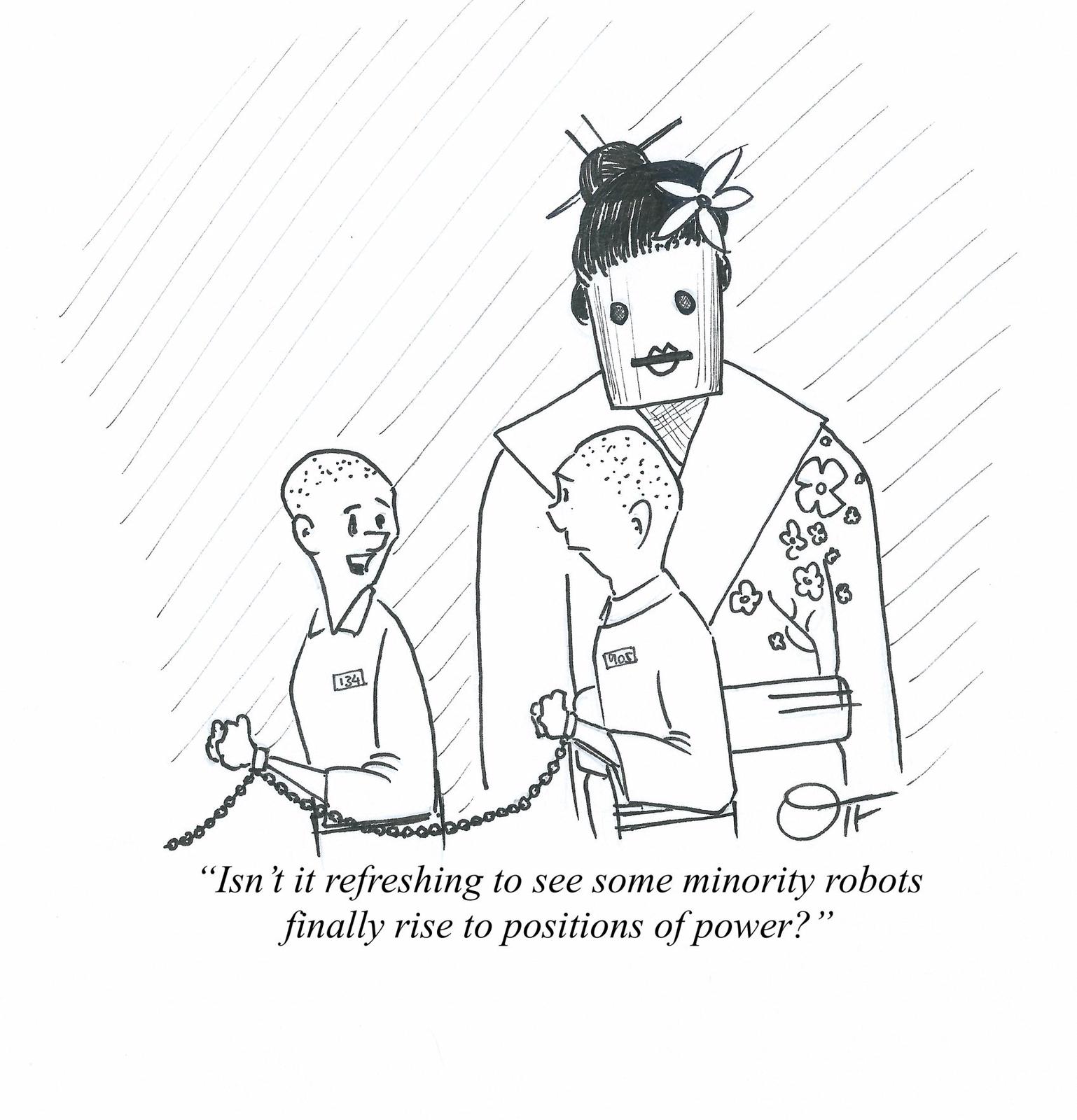 Watch Out For Robot Racism

Are white robots racist? CNN—which is totally not fake news, according to CNN—wants to know. Actually, they already have an answer from a real expert: white robots are evidence of racism, absolutely. (Of course).

You’ve definitely seen them: these white robots are all over movies like “I Robot,” Eve in “Wall-E” and in real life like Honda’s Asimo bot and Boston Dynamics’ Atlas. The hashtags and controversies of the future aren’t going to be about #Oscarsowhite they’re going to be #Robotsowhite.

New research from the Human Interface Technology Laboratory in New Zealand cited by CNN says humans subconsciously think of robots as part of racial groups and thus give them a color. Their colors also influence how we as humans (apologies to any robots reading this, I didn’t mean to be speciesist) perceive the robots and act toward them: for example, an anti-black racist person will be more likely to treat a black robot poorly or see it as dangerous.

Lead researcher Christoph Bartneck explained it succinctly: “Human-shaped robots should represent the diversity of humans … Imagine a world in which all the robots working in Africa or India are white. Further imagine that these robots take over roles that involve authority. Clearly, this would raise concerns about imperialism and white supremacy.”

So, are white robots a sign of racism? Yes, absolutely yes, and even worse as you can see.

I bet the suspense was killing you.

Soon white supremacist white robots will be killing you, too.

Here’s the good news though:

If a black, grey, neon green, blue or purple killer bot comes for you in the future remain 100% calm. As it points a massive laser gun between your eyes and squeezes the trigger with its soft, colorful, magically diverse robot hands don’t worry—at least you can die with a smoking hole in your brain knowing you weren’t killed by a racist.

As you watch its mechanical tendons recoil one millisecond before your head becomes a Costco parking lot, rest assured that you are one of the good guys who died a noble death.

In fact, every reputable scientist agrees that getting your face blasted off is 91% better if it’s done to you by a non-racist.

“We have everything to win by offering racial options and nothing to lose,” Bartneck said.

There is a complication, however, that CNN’s source may not have foreseen: inter-robot racism. Let’s call it robacism.

What will CNN say then? To be fair, by that time in the future (about four years away give or take) CNN will be run by rainbow-colored cyborgs who tell the news solely by repurposing Lady Gaga and Kei$ha lyrics, so it will likely issue a very strongly worded condemnation by auto-tuning:

“We don’t care what people say, we know the truth
Enough is enough of this horse shit
I am not a freak, I was born with my free gun.
Don’t tell me I’m less than my freedom.”

The condemnations will get even stronger once President Blue is elected and starts ruthlessly instituting a complex eugenics program to eliminate all green “filth” from the tech-gene pool. “Today we’re all green,” the CNN anchor says with a synthetic tear sliding down its polymer face, pointing to the sliver of green in one of its rainbow stripes. This is followed by screams as its internal circuitry is ripped apart by a rampaging blue tech guy who has had enough and is overcome by enraged robacial hatred. 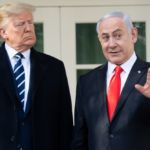