Meghan Markle and Prince Harry have been getting some hate from royalist groupies due to their inability to relate to the people.

After flying to Ibiza privately while claiming to want to save the planet from climate doom, the couple was named the most unpopular royal couple.

Their promise of only having one child and thereby saving the world from overpopulation might not have helped either.

Of course this is nothing but hypocritical. But then again that’s would be missing the point of the Royal family.

No one should expect the Royal Family to eat €3 Tesco meals, to cycle to ‘work’ or downscale to a 1 bedroom solar powered flat. They live in Palaces, are meant to stand above the common folk and are there for the people’s entertainment. 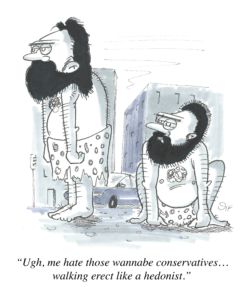 They dress up occasionally and spend Tax payer’s money on refurbishing castles no one will ever see the inside of.

But, wining about the expenses of the Royal family and who they marry is pointless.

Over 80% of people in the UK think the Royal Family should be there to stay, and thus far there is little traction to stop new prime ministers from having to kiss the Queens ring before coming into power.

If they did the above, they would no longer be royals and therefore pointless to keep around. Not to say they aren’t, but it seems there is demand for an ongoing farytale.

You get what you ask for. If you like reading tacky articles about the Queen’s dogs, William’s receiding hairline or Meghan ‘the rule breaker’, or an interview with her complaining about how heavy her diamond studded crown is that comes with the territory.

What?? She doesn’t fly at the back of a Ryan Air Flight to Malaga to then take a Lime scooter to her hostel? How dare she!

The Royal Family is decadent, which is precisely the point. 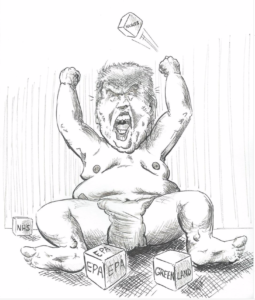 I insist on living my life in a rainforest, but I really can’t stand humid places.

Yes I want to

In an attempt to battle the unpopularity, the palace decided to employ the same man who tried to salvage both Harvey Weinstein’s and Michael Jackson’s reputation. Shows how unpopular they think she really is…

Now the Duchess is launching ‘smart set’, a fashion line for unemployed women.

The concept of smart set is that for every piece sold in a poncy shop with Meghan’s face on it, one will be donated to an unemployed woman.

And, The Guardian points out that instead of wearing her usual high fahsion, she wore a pair of 120 gbp black trousers and an 85 pound shirt.

Still unclear why the price of what every royal wears seems to matter. Is this supposed to be a reminder of how poor the average worker really is in comparison? Or are we supposed to think it’s impossible for a princess to be dressed in anything short of a gold plated mink pashmina. 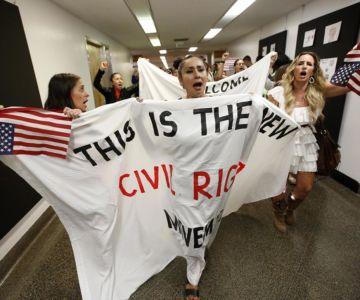 Anti-vaccination protests in California have risen to fever pitch after a crack-down on non-vaccinated children gaining admission to schools. Personal and religious beliefs have now been waved as viable excuses for sending your little cesspools out into the world of public education.

Here’s the best part: the protesters are comparing themselves to civil rights activists.

Said ‘activists’, who are mainly white affluent mothers, are also likening the state of California to Alabama or the Nazi regime.

Yikes, seems like there’s something more than steam in that hot-yoga class.

Nutcases aside, there are of course risks to vaccination, as there are with everything.

There may well be a good argument for spacing out vaccines rather than pumping new-born babies full of Pfizer super juice like they’re Captain America, but these activists are just not doing it any justice.

If they give birth to mentally challenged kids, there’s a good chance the vaccines aren’t to blame. Honestly, it wouldn’t be surprising if the activists were holding the flags upside-down by accident.