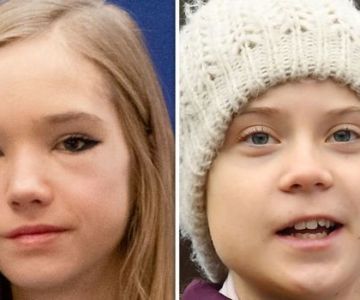 After a year of keeping children out of school, one Nobel prize nomination and a sailing trip – climate deniers have finally found an antidote to Greta Thunberg: Naomi Seibt.

The 19-year-old German ‘climate realist’ doesn’t so much delve into climate science, but instead claims climate scientists aim to shame humanity and discount the benefits of human achievements.

Think of Naomi as the person shouting what an engineering marvel the Titanic is when it’s halfway underwater.

But Naomi is no rookie, as this isn’t the first time she’s dabbled in sensitive political discussions by saying stupid things.

Naomi noted -after the synagogue attack in Halle- that Jewish and Muslim suffering was given much more pity than that of ordinary Germans. She also sided with Stefan Molyneux, calling him an inspiration after he claimed peace could only exist in an all-white nation.

Props to whatever political consultant discovered Naomi, it can’t be easy to find someone who’s already bitter and racist at the age of 19.

In fact, since her comments on eugenics and defending conspiracy theorists were so grim, the US Heartland Institute(a fossil fuel think tank and sponsor of the Trump campaign) immediately hired her to fight for their cause.

But, much like Greta, Naomi’s role as a political mascot has come at a price – relentless online abuse. She’s received threats, been compared to Nazi leaders, called White Power Barbie and Regretta (ok, that one’s quite clever).

But, turning the climate change debate into a Pokémon arena, where each side hides behind a pubescent child, seems rather unfair. Most 17-19 year olds are trying to come to grips with the fact that there was a time before the internet or how to blag their way through a seminar at University. Finding teenagers who are into politics is hard enough, and being portrayed naked as a victim of sexual abuse on a sticker at an Alberta oil company for the world to see might not be very encouraging.

But, Naomi and Greta have probably relinquished their right to privacy, signed up for decades of threats and online abuse and will now be used as political footballs for the rest of time. The message to young people seems clear; the only place for you in politics is as a sacrificial lamb.

Comments from a teenager who can’t even spell eugenics and probably happened to have a racist for a parent, deserve a history book for their birthday. Similarly to Greta, Naomi was brought forth by political strategists to put an end to an argument. ‘Sure people will compare Mike Pence to Voldemort while he prays the gays away, but they won’t be mean to a teenager will they?’ 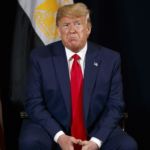