All eyes are on financier Ben Goldsmith after he perpetrated an unspeakable crime. Although weirdly, Goldsmith’s crime isn’t of the white collar / insider trading variety, like most other financiers turned criminals who end up in country club-style prisons and then get Leonardo DiCaprio to portray them in the three hour long movie versions of their life.

No, Goldsmith’s crime is releasing a bunch of red deer into the wild after he failed to build high enough fences at his estate in Somerset. Obviously it’s a super common and relatable problem, so it’s likely he’ll get some sympathy from the public. After all, everyone knows what it’s like to adopt a ton of woodland animals in an attempt to make your backyard look like the opening scene from Disney’s Brother Bear, and then get screwed over because apparently red deer can jump over fences.

Goldsmith is facing potential charges for the breach of the Wildlife and Countryside Act after he lied to his neighbors about having rounded up all the deer. The big question here is why did he have to lie? What else was he doing in lockdown that was more important than recapturing his herd of red deer that were running around probably giving tuberculosis to all the neighborhood farm animals? Seriously, was he just sitting at home watching The Kissing Booth 2?

Goldsmith’s neighbors are very salty about the situation. It made them even angrier when Goldsmith tweeted about a book called “Rewilding: the Radical New Science of Ecological Recovery” over the weekend. The title low key implied that the great deer escape was some major scientific ecological experiment and not the result of a guy cheaping out on 6 ft tall fencing.

Neighbors have also complained that they have seen beavers in the area of Goldsmith’s estate. The police are currently investigating where the beavers came from. Which is surely exactly what those guys imagined when they became police officers — that they’d be wandering through some rich guy’s woods looking for beaver droppings. 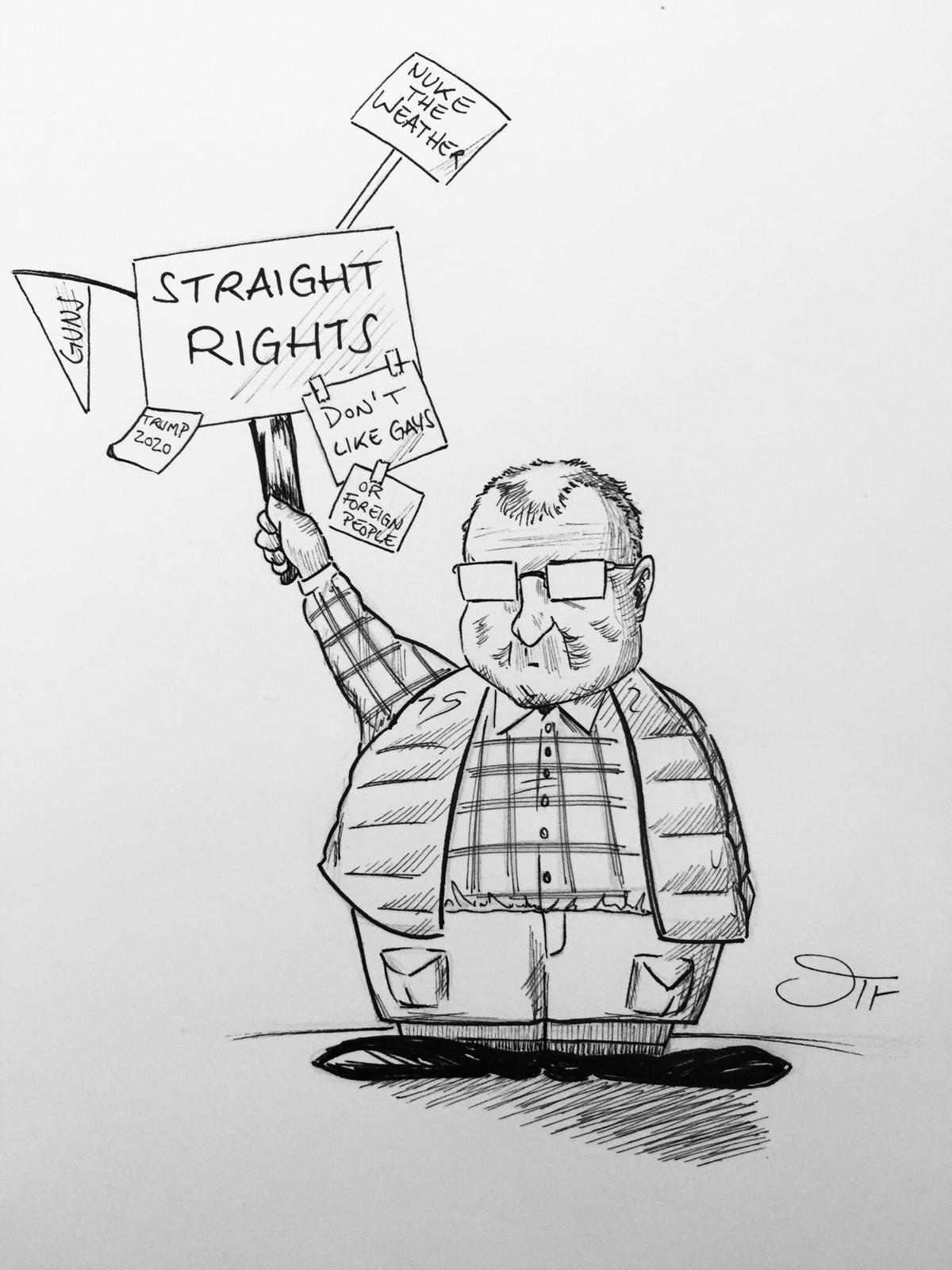 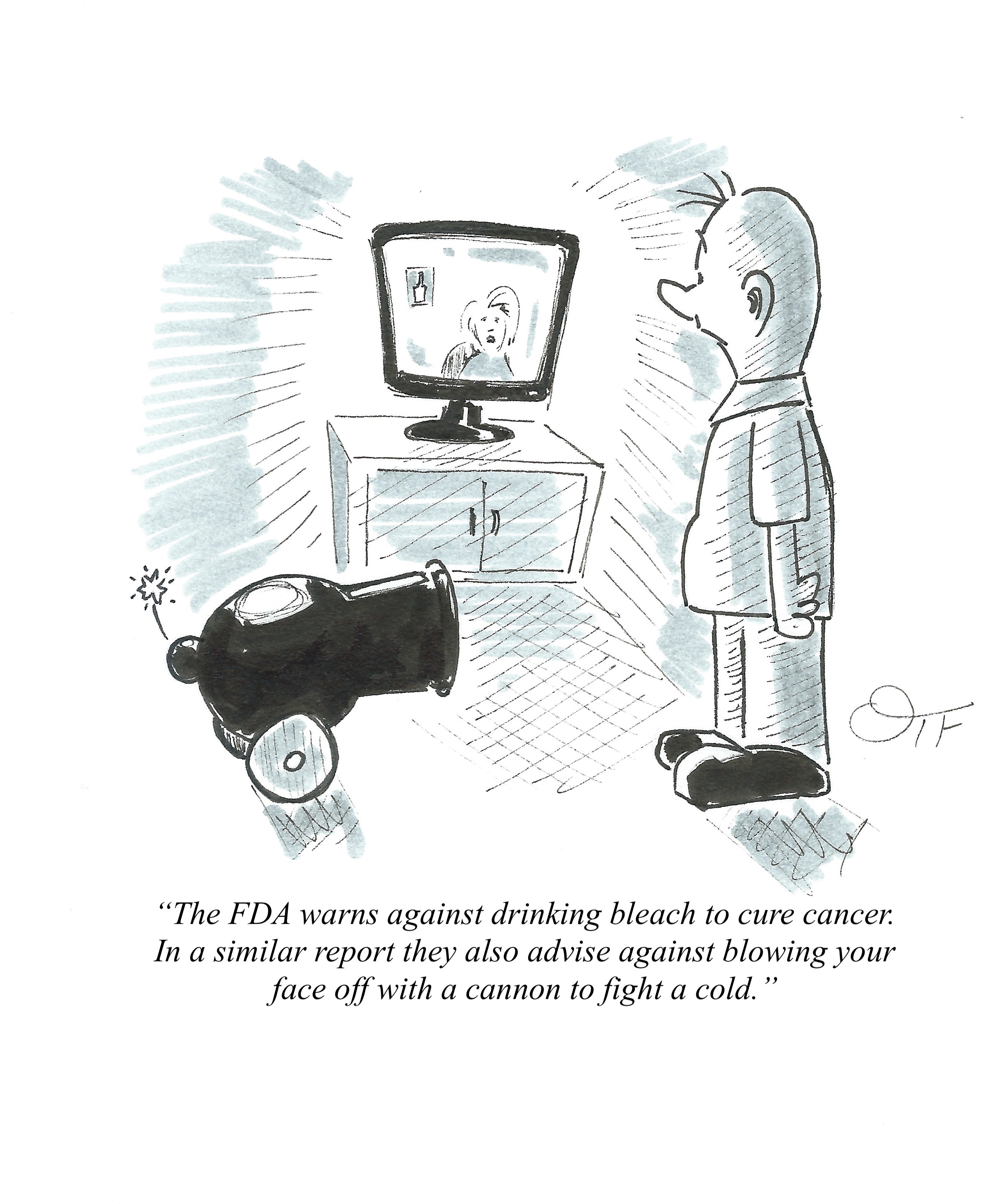 The US Food and Drug Administration (FDA) is alarmed over marketing of drinking bleach as a cure for autism, AIDS and cancer. The problem with drinking bleach is that it is not recommended if you wish to remain alive. Although it may be true drinking bleach could “cure” you of your illness, doing so could also well “cure” you of that notorious sexually-transmitted disease of life as well.

The internet is full of viral fake cures and the FDA is increasingly going toe-to-toe with them such as recent fiascos promising weight loss by taking bee pollen products and concussion cures based on healthy diets.

“Your kid got smacked good at the football game and has a bad concussion, sir. I’m going to prescribe him two bowls of carrot soup per day and a cure-all protein bar developed high in the Andes mountains with specially-refined micro-nutrients. This should clear up by the time I get sued.”

The FDA said it’s been fighting against fake cures that involve bleach since 2010  and advised consumers that taking these “miracle” cures is “the same as drinking bleach.” The FDA gave some simple advice to those who may be tempted to drink products like Master Mineral Solution, Water Purification Solution and Miracle: “stop now.”

The products tend to be a mix of sodium chlorite and distilled water and encourage customers to add in citric acid. The result: a form of bleach that supposedly acts on an “antimicrobial, antiviral and antibacterial” level to fix problems from hepatitis and cancer to autism and the flu. Is there anything this stuff doesn’t fix? Will it fix a broken marriage or stop terrorism?

While we can see why the word “antimicrobial” makes a product seem convincing, and it is true the products market bleach in a more subtle, do-it-yourself mad scientist way, it still seems like there needs to be an even bigger fuss made about this than just the FDA chasing a ball that’s already rolling quickly downhill into the Bleachville Cemetery.

If you drink these “cures” you are very likely to have bad vomiting, diarrhea, dehydration and potentially life-threatening symptoms. Experts trying to stop the stupid are worried because these bleach cures say that the nausea and diarrhea are common symptoms and not serious, plus those who get very ill may be embarrassed to report that they were … open-minded … enough to basically drink a bleach-solution.

The American Poison Control Center said it got 226 cases of people who intentionally or in some cases unintentionally ingested non-household bleach in 2017. There was no data available on how many died. At least 20 people have gotten very ill from taking the fake bleach cures, including seven dead since 2009.

The FDA is currently looking into legal action and in 2015 a federal jury in Washington indicted a 45-year-old Spokane resident for selling bleach as a cure. What is it about Spokane?

Amazon is also taking down books with fake cures like one called “Healing the Symptoms Known as Autism,” that recommended readers to bathe the afflicted person in chlorine dioxide and have them drink it. Don’t do it.

The FDA has to move fast because new miracle cures and dangerous remedies sold direct through the mail are popping up everyday on the internet. It’s like a snake oil salesman clone army.

Only one issue remains. If you take medical advice from internet doctors or Youtube Comments and feel those red crosses on chemical products are government propaganda – chances are that efforts by the FDA are wasted on you. Besides, if you did put down that bottle of oven cleaner, it’s not like they said anything about snorting kerosene.