What better time to hold an NRA (National Rifle Association) convention weeks after the gruesome shootings in New Zealand and a day before the Synagogue shootings in California to discuss the latest in firearm development…Business as usual. What type of ammo did he use? Who could have been sold a gun to prevent this crime? How do we make sure gun checks are as lax as possible to ensure guns keep making the news? But that was not the discussion of the day. Instead, the NRA is under investigation for tax evasion.

More specifically, the NRA’s foundation is listed as a non profit organisation, but the legality of this has been put into question by Letitia James, NY Attorney General and woman who thinks the NRA styles itself as a terrorist organisation. Don’t be silly, just because they defend the right for white people to start their own group of freedom fighters doesn’t make them terrorists. It’s not like they cling on to an ideology that is unsupported by any statistic on the graves of hundreds if not thousands of innocent people per year.

But their mission to make sure everyone is lock, stock and barrelled with arms is not why the investigation is taking place. A New York Times report found that the NRA foundation has been syphoning about 100 million dollars to the NRA. While donations to the NRA foundations are tax deductible those to the NRA itself are not. Aside from this tax evasion thing, the NRA is also being investigated in relation to financing the Trump campaign and is also suing ad firm Ackerman McQueen  that operates NRAtv, for having dubious ties with the NRA’s own president. In case you enjoy a TV channel that fills you in on the latest in ‘race wars’ and teaching children what Ku Klux Klan hoods look like, this could be a real loss. Funnily enough, William Brewer, NRA counsel, had previously accused James of going on a tax payer funded fishing expedition if she was to investigate the NRA’s finances. So even though the NRA does not pay tax, it still sympathises with those who do.

Shortly after the investigation was made clear, Donald Trump spoke to the NRA announcing his withdrawal of a UN treaty that has nothing to do with the second amendment, but more with terrorism. The treaty  ‘prohibits selling weapons to nations that are under arms embargoes or will use them to commit genocide, terrorism, war crimes or attacks against civilians.’. This was met with the level of cheer expected from an organisation that has no sympathy for terrorism.

But let’s not forget. There never is an issue that can’t be solved by more guns. School shooting? Why wasn’t the teacher armed? Tax investigation into a non-profit status? Better lock, load and see how far the NRA is willing to take this militia thing. 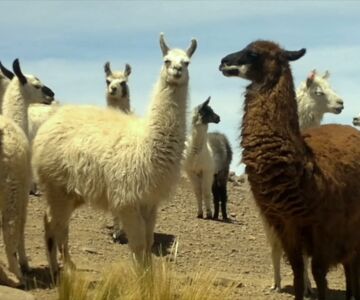 It turns out grocery store clerks were not the unlikeliest heroes of 2020. That accolade goes to llamas. Researchers are desperately hoping that antibodies obtained from llama blood can help neutralize the virus responsible for COVID-19. Meanwhile, the rest of Americans are desperately hoping for a second season of Tiger King. And honestly it’s hard to say which is more unlikely.

In addition to llamas, some labs are also testing on ferrets and hamsters. Hmm, it’s almost like this whole Corona mess didn’t start by doing something random and unsavory to an unsuspecting little mammals.

However, llama research looks the most promises Researchers learned about the potential of llama and camel antibodies to treat viruses in 1989. Apparently an “accidental discovery” in a Brussels university laboratory” tipped them off. Note: what kind of “accident” results in a camel bodily fluids suddenly appearing all over a lab?

Now lab rats have joined the 22 million Americans that’ve lost their jobs this week. And they’ve been replaced by lab llamas.

One lab in Reading that was using llamas last year invited the public to vote for the name of its new baby research llama. Inviting the public to vote on a baby animal’s new name is a much beloved practice. Usually they do it at zoos with cute furry animals who will spend their lives waving at tourists — not at labs with animals who will spend their lives undergoing medical antibody tests.

But things got even worse for this particular llama. He was ultimately named after Jeremy Corbyn. After the public voted between “Boris” and “Jeremy” for his name, 69% of the public chose Jeremy. Which is funny because that was the last time public voters ever chose Jeremy for anything.

Although, in the end, Jeremy Corbyn had a truly impressive and distinguished legacy. No, he did not win the prime ministership. But, he did win a baby llama naming competition. 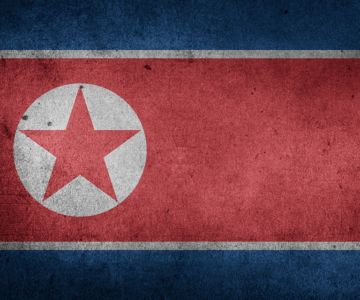 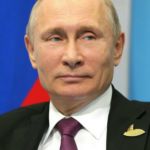