No ifs, ands or butts

No ifs, ands or butts

Throughout the NHS, concerns have risen that the traditionally backless hospital gowns leave patients embarrassed and uncomfortable — that they have robbed patients of their dignity. (Although it’s hard to say how much dignity you have anyway when someone is sticking a fiber optic camera into your rectum during a colonoscopy).

Still, apart from a small number of specific medical procedures, there is no point in having a backless hospital gown, according to Prof David Oliver, past vice-president of the Royal College of Physicians. David Oliver is leading the charge for redesigning hospital gowns, known as #DownwiththeGown.

The fact that the movement is coming from medical professionals rather than patients is telling. It suggests that, while patients might be cool with exposing their rears within the confines of hospitals, doctors are sick of a work environment filled with geriatric bare butts.

Ten years ago, fashion designer Ben de Lisi was commissioned to create a new design. He opted for “a fleece to keep patients warm, a bag to keep a mobile phone in and the option of trousers.” His designs, were never implemented — maybe because they were more appropriate packing for a weekend away than sitting on a disinfected chair for 20 minutes. Or maybe because the NHS has a £4 billion deficit and isn’t in the business of manufacturing iPhone purses.

No word yet on any new designs that would make patients feel more “comfortable and dignified.” The bigger question here is: Regardless of backless gowns, does anyone really feel comfortable and dignified during doctors appointments? You have to answer personal questions and then get touched in weird places. It’s like a Tinder date gone bad.

Another problem is that the “Down with the Gown” campaign was poorly named; it inspired confusion with the internet wedding weight loss trend “Slimming Down for the Gown.” Not ideal for the NHS who have recently coming under criticism for fat-shaming obese patients.

At the end of the day, it’s clear that times are a changing in the field of hospital fashion —  a field which hasn’t seen headlines since Katherine Heigl tried to design her own line of scrubs (even though she only played a doctor on TV). 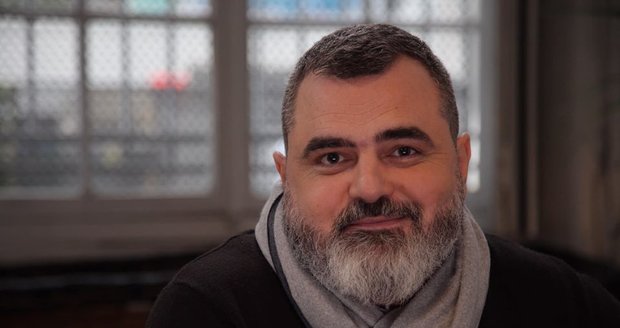 The Frenchman who sued his company because they gave him too little work has been awarded €50,000. This should be good news for him, but the guy obviously has a problem with receiving huge amounts of money in exchange for doing nothing.

He launched his lawsuit in 2016. He was suffering from a problem that’s all too relatable: getting paid €80,000 a year for 30 minutes of work everyday. What he went through is really terrible, and it’s hard to believe people still suffer this kind of abuse in the 21st century. Too much pay for too little work? It’s time our lawmakers put an end to this.

The Frenchman in question, Frédéric Desnard, kind of seems that kid in class who always reminds the teacher that she forgot to assign homework. Why didn’t he just enjoy his vast amounts of paid free time? Someone probably needs to tell Frédéric about this little known invention they’re calling “Netflix.”

After his court win, Desnard delivered a rousing and inspiration speech. He said, “This is going to create an avenue for all those unable to find the right word to describe their situation.” What a heroic pioneer. This court ruling would undoubtedly start a grassroots movement if there was a single other person in the world who wanted their job to give them more work.

Still, this incident has confirmed a widely held suspicion in the rest of the world that French people don’t have real jobs.

Desnard said his job was so boring it caused him a “descent into hell.” Because there’s nothing more “hellish” than eating, napping and online shopping for 23 hours and 30 minutes out of everyday.

In all seriousness, having that much free time doesn’t seem a “descent into hell” at all. Unless of course, he was forced to spend that free time watching Love Island. (In that case, he has everyone’s deepest sympathies).

Desnard also said that the stress of doing nothing triggered him to have an epileptic fit. But if that’s how epileptic fits work, why doesn’t Congress have them more often?

Our thoughts and prayers are with this man. He’s had to endure something no one else can ever truly understand (except maybe the Kardashians): too much money and nothing to do all day. 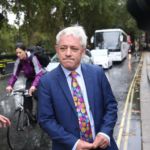