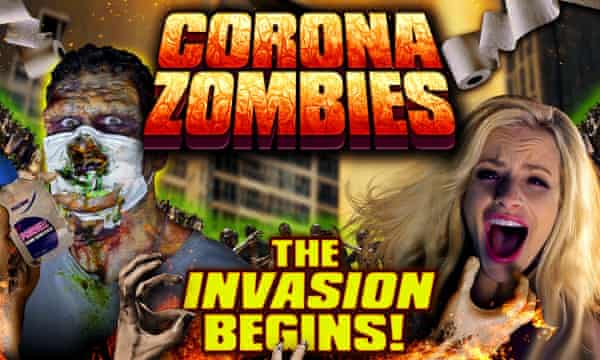 Success of “Corona Zombies” is a No Brainer

Relief has finally arrived for hundreds of thousands of people stuck in quarantine. No, it’s not a vaccine. It’s not a medical miracle. Unfortunately, it’s not even a supply of toilet paper. It’s something even better: a low budget hour-long Coronavirus-themed film about zombies.

The film has one actor: Cody Renee Cameron. Then, to flesh out the storyline, it includes clips from critically-acclaimed cinematic masterpieces, such as Zombies vs. Strippers.

It’s a bold performance from bombshell blonde Cody Renee Cameron. She first gained recognition when she appeared in Tosh.0 in 2016, earning the coveted role of “Hooker in Tree #2.” (Perhaps they thought she didn’t quite have the range for “Hooker in Tree #1”).

Here, she plays “Barbie” with the same energy and enthusiasm that she threw into her performance as the second tree hooker.

All in all, the movie is a decently realistic take on the Coronavirus pandemic. Barbie, like many Americans right now, spends most of her time sitting on the couch watching the news and wondering what Coronavirus has to do with Corona beer.

The film also includes authentic details about the virus, including the fact that it originated from Chinese bat soup. Sure, it fabricates certain minor things, like the whole “coronavirus makes you a zombie thing,” but it’s a movie adaptation. You can’t expect them to get every small thing right. It’s still more realistic than that movie where Emma Stone plays a Hawaiian woman.

Corona Zombies premiered on Friday on the website, Full Moon Features. In case you hadn’t heard of Full Moon Features, it’s the equivalent of someone who sells DVDs you’ve never heard of from the back of their car at night – but online.

Unfortunately, you need to subscribe in order to access to full film. But for $6.99 a month (or $59.99 a year) it’s totally worth it. You’ll get access to the whole Full Moon Feature library, including smash hits like Swedish Boarding School Girls and Evilbong 666. The latter tells the story of a sentient bong who leaves a portal from hell to team up with the owner of a weed shop in order wreak havoc.

Ultimately, the key to surviving 2020 is adjusting expectations. You might want to see a decrease in global Coronavirus cases and promising research toward a vaccine. But that’s just not realistic. What is a realistic hope? A low budget crossover movie between the Corona Zombies and the Evil Bong.

For over seven years, Amazon and the ACTO (the Amazon Cooperation Treaty Organization made up of Bolivia, Brazil, Colombia, Ecuador, Guyana, Peru, Surinam and Venezuela) has been battling over rights to the ‘.amazon.’ top-level domain (TLD) name.

The disagreement started when Amazon asked ICANN (the Internet Corporation for Assigned Names and Numbers) for the exclusive use of .amazon to “protect and solidify their web presence”. In response, the ACTO nations said this would violate their sovereignty and tried to keep the TLD out of Amazon’s hands.

A lot of back and forth later showed that ACTO was much more protective of the domain name than the Amazon itself and that no agreement was going to be reached.

An obvious solution would seem to share the domain, where river.amazon doesn’t sell books, and kindle.amazon doesn’t organise wild water rafting. But, unfortunately, such an agreement was not reached as the “no, I need all the toys even if I’m not using them” strategy applied.

As a result, ICANN recently announced it was going to proceed with the designation request by Amazon Inc after no agreement was reached.

Some say geographical locations should take precedence over private businesses when it comes to TLDs and Amazon already uses amazon.com, so the TLD seems redundant. No one is going to confuse www.amazon.com with www.burnttoacrisp.amazon, after all.

Others say that if ICANN rules against Amazon, it would be going against its own guidelines and that ACTO has had enough time to come up with reasonable proposals. As a result, and in fear of being sued by Amazon, ICANN is now likely to grant the TLD to Amazon Inc.

Even though the actual Amazon has been in the news more than the domain name, the seven year-long discussions have riled up the international community more than the burning rainforest ever managed.

Not surprisingly, the ACTO 8 have been trying to hold back the decision and enjoyed support from China, Russia and India. Not only because justice and transparency are what drives Russian and Chinese foreign policy, but because virtual turf wars are just as exciting as real ones. There’s less cleaning up involved too.

Meanwhile, the US and some European countries have supported the e-commerce giant, because, well, where else is Amazon not going to pay any tax.

But, Amazon didn’t want to make enemies out of the ACTO countries, and offered $5 million worth of Kindle e-readers if they dropped the opposition in 2018. How ironic.

Not surprisingly, the countries weren’t swayed by the offer, although Venezuela’s Maduro was probably tempted to use them to feed his population at this point.

Despite all the shouting back and forth, it is questionable how a domain name would affect rainforest-Amazon or twice-the-value-of-Argentina-Amazon. The Atlantic newspaper doesn’t belong to all nations adjacent to it, nor does Apple now own all apples in the world.

Still, who’d have thought that one day the world would be bickering over a domain name – the internet doesn’t need oxygen. Right? 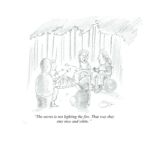