(National embarrassment, job resignation, and a photo that makes him look like a grown up version of Michael Cera plastered all over the papers).

It’s hard to say. What we do know is that while everyone else was shaving their heads and baking banana bread, Neil Ferguson was sending tacky “U up…lol” texts to his married girlfriend, Antonia Staats, at 2am.

Professor Ferguson met up with Staats twice. The second time was after he had been diagnosed with Coronavirus. Pretty sure that when you get Coronavirus, you’re supposed to get in bed, watch Netflix, and just chill. You’re not supposed to umm…well, “Netflix and chill.”

After his resignation, Professor Ferguson’s colleagues spoke highly of his expertise and dedication. He was certainly a dedicated individual. (No, he wasn’t really dedicated to the government lockdown that he helped institute….but he was dedicated to pursuing an exciting sex life).

Imperial College London, where Ferguson was a professor, issued a statement saying he would continue to “focus on his important research.” They didn’t clarify what that research was related to Coronavirus or whether it involved sneaking his lover across London, this time without the police noticing.

At the end of the day, there’s one piece of bitter irony: the man who was able to keep the entirety of Britain inside their houses was not able to keep one thing inside his pants. 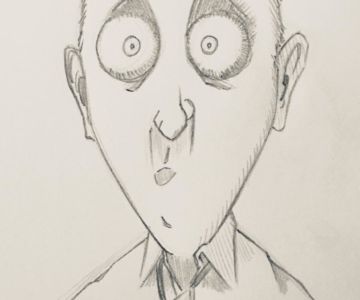 PayPal recently blocked an account that was being used to fundraise for the Ku Klux Klan (KKK). As the BBC reports, PayPal has previously promised to shut down sites that are being used by racist organizations like the KKK but has been criticized for moving slowly on it.

On the other hand it seems fishy to start picking who is hate and who isn’t without a very official policy. Especially when it comes to who’s money is green, and who’s isn’t.

For example, if black nationalists who have a history of violence are fundraising on PayPal but are no longer violent should they be blocked? What if they argue they are simply fairly responding to the racial mistreatment of the past with their free speech? How is PayPal going to pick winners and losers? KKK is an easy target—they aren’t exactly popular and chances are they’re probably not loaded either. But what about when we get to groups who are more in the middle and offend some but inspire others? What if someone just wants to sell white robes for an epic toga dance party and gets mistaken as a crypto-Klansman?

Jammi says there are many such groups raising money and using sites like PayPal to process it. Other sites that have been more proactive in responding to shutting down hate organizations and those promoting racism are Pinterest, Bumble and fundraising site Patreon according to Jammi. That inspiring quote you just posted on Pinterest has been duly noted, but did you know that it’s actually popular with Buddhist supremacists in Myanmar? Sorry – you’re out! As for Bumble, we can only imagine the situations where hate is flagged … The possibilities are endless.

As for PayPal – if they really take a firm stance on all hate groups chances are they’d soon run out of pals. 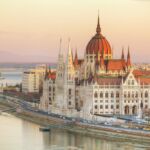 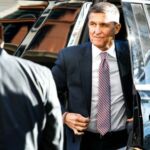