In Defence of the Influencer

In Defence of the Influencer

A few months ago the documentary about Fyre festival took the world by storm, frankly much more than the festival itself ever did. They documented how a New York socialite skilfully convinced thousands of people to buy over-priced tickets for an exclusive music festival in the Bahamas that never happened. While many conversations emerged focusing on the fraud of the unapologetically arrogant Billy McFarland, there are bigger questions here.

Why did Kendall Jenner get paid $250,000 to post a picture of an orange tile on Instagram? Why did it work? And, how can we get in on that?

While looking at an influencer’s life we might assume they’ve merely won the genetic lottery – there’s actually a lot more to it than that. It’s fair to also give this crowd some recognition for their work.

For one, there are start-up costs in setting up an influencer business. Let’s face it, no one wants to sit at home and scroll through pictures of Dave eating baked beans in a council flat. Jet-setting is a must and often so is an Insta slave. Those fandids (that’s fake candid photos for the less-Insta savvy) are not gonna take themselves (see exhibits A, B and C):

Boob jobs and personal trainers don’t come cheap either and those that really didn’t win the genetic lottery obviously cannot live with the body God gave them.

Once an influencer’s career begins, it has to move quickly to stay relevant. While the social media game started off as cute café pictures and OOTD (outfit of the day) posts, what we now expect from these ‘stories’ has much expanded. Unboxing free material that brands send, for example, has become a staple of a good Insta story. What’s sadder than admiring someone else Michael Kors watch? Knowing what the Styrofoam it came in looks like.

Recently, influencers have also taken to the internet to complain about how brands are often non-responsive. They apparently don’t send material after they’ve done promotional work for them and even write back rude messages when they’re unhappy with the content the influencer produced. Please somebody call up the labour camps in China, tell them it could be worse!

To top it all off, a sprinkle of mental health issues are also part of the deal. Research has shown that influencers struggle with anxiety issues due to pressure to perform, negative comments and constant comparisons to fellow colleagues. The question that remains is are they anxious because they’re on Instagram or are they on Instagram because they’re anxious? 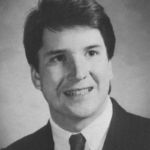