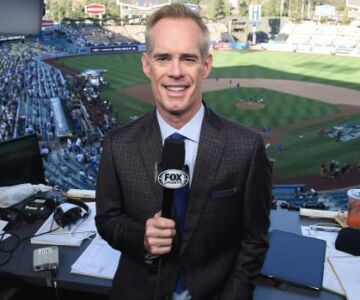 And ImLive is not scrimping on the blind-porn budget. Recently they offered beloved American sportscaster, Joe Buck, $1 million to offer his expert play-by-play. They wanted him to narrate 25 live cam shows a week for six weeks.

However, he turned them down. 25 shows a week is a lot, and presumably he was worried that, as a sportscaster, he’d use up his limited material too quickly. (How many times can you talk about a tight end penetrating the offense? Or a brave basketball player taking a rim shot? Or a hockey player butt-ending? Or a tired athlete needing a blow? Or a double team? Or a stroke off?) 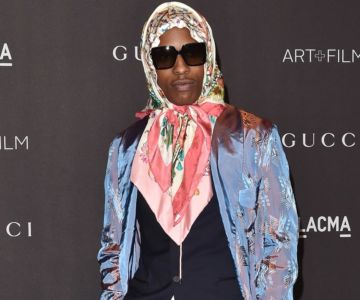 In the past few weeks North Korean denuclearisation has gone nowhere, peace talks in Afghanistan have stalled, and the crisis in Venezuela seems to have been forgotten.

Instead, all efforts of US diplomacy have gone to (successfully) rescuing rapper A$AP Rocky from the brutal dictatorship that is Sweden.

The saga began when A$AP Rocky and his entourage got into an altercation in a Swedish burger restaurant which ended in a fight. Mr Rocky was then detained and accused of assault. The victim is said to have been attacked with a bottle, but A$AP denies that claim and argues he acted in self-defence.

Because being a multimillionaire rapper stuck in a cushy Swedish prison is what gets people riled up and interested humanitarianism these days, an online petition garnered 640k signatures and hordes of fans went to Sweden to support the rapper. After all, famous people can by definition do no wrong and deserve unreserved sympathies.

What’s more, Trump went above and beyond. He not only offered to vouch for A$AP’s bail, but he also sent a ‘special envoy of hostage affairs’ to attend the Swedish trial and pressure the government into releasing poor A$AP (As Soon As Possible, of course).

The Special Envoy issued a letter to the Swedish government demanding the immediate ‘humanitarian’ release from prison and supervised detention in a local Stockholm hotel pending the closure of the case. If not, Sweden would risk ‘negative consequences’. Think of a complete ban on Volvos and sky-high tariffs on ABBA CDs. That’ll teach them.

Sadly, the letter in question did not actually refer to A$AP ROCKY as such, but rather his real name (Rakim Mayers), as the use of currency symbols is not common in diplomatic communications. Either that, or the hostage negotiator who drew up the letter thought that would have been a bridge too far.

The Swedish Prosecutor General has since kindly declined America’s input on humanitarianism and justice, and said not even she can interfere with a specific case. Don’t you hate it when a foreign government doesn’t sway a judge presiding over a case.

The Trail was also attended by fans of the rapper, who wanted to seek justice and ensure rappers will would still feel welcome in Sweden. Why of course, what self-respecting rapper would turn up to a country that doesn’t allow a bit of bottle stabbing here and there. Whatever happened to artistic freedom!

While this is surely the most trouble The Donald has gone through to help a person of colour in his life, it remains a mystery why Trump suddenly cares enough to help someone other than himself or his relatives.

One theory is that Kanye West and Kim Kardashian, who Tweeted about the issue early on, had enough sway to get the President to act on this burning injustice. So, when Kanye took a break from designing The Donald’s new private aeroplane (yes, it’s called iPlane 1…), he made sure he’d have someone to play with on weekends.

If that seems far fetched, saving one black rapper could be an attempt at airing out that whiff of white supremacism the Trump administration has been trying to shake. After all, you can’t be racist if you have a black friend. 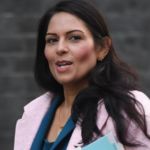 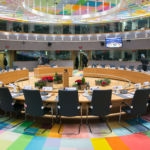