With the arrival of the corona-plague, the world’s conspiracy theorists have appropriately returned to 15th century flat-earth/burn the witches levels of smart. After carefully considering anything that’s new or foreign and likely suspects such as the EU, gays and Barack Obama, conspiracy theorists settled on the rollout of 5G being the ultimate cause of the pandemic.

The theory goes that governments that are rolling out 5G have started to realise this is killing people by the thousands. To prevent protests, ‘the government’ invented coronavirus to mask the masterplan and kill the population via radiation sickness. Another theory suggests that 5G has activated the coronavirus that exists in everyone’s blood, but that just sounds ridiculous.

What remains unanswered is why countries without 5G are also affected by the pandemic. Although one explanation could be that 5G has absolutely-shit-all to do with the epidemic – keep a lookout for suggestions that the Bilderberg conference and their supreme leader Hillary Clinton mobilised locusts to spread the radiation sickness.

Thus far, the Brits are most hands-on, going to great lengths to stop the government’s plot. This is in part thanks to ‘having enough of experts’ and Amanda Holden (a Britain’s Got Talent judge) sharing misinformation on the correlation between COVID symptoms and 5G antennas. Goes to show how broad the show’s definition of talent really is.

As a result, 5G masts are now being set alight all over the country – thereby shutting down essential communication for the NHS and putting a strain on the fire brigade. Telecom engineers, too, are being physically assaulted when trying to work on the antennas. This is especially sad because either a) all they do is make sure your HD cat videos now send in a matter of seconds, or b) they’re manipulated by the government and risking their own lives working on the deadly antennas.

It remains a mystery how people who think a 5G antenna that hasn’t been rolled out causes a mass pandemic – have the ability to a) put on their own shoes b) find a 5G antenna. c) use a ladder. 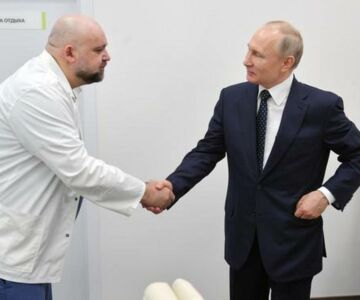 Today Facebook announced they will be banning Alex Jones, Milo Yiannopoulous, Louis Farrakhan and other such ‘thinkers’ from their platforms. Although it’s sad to see Facebooks lose a few laughing stocks, it’s unlikely they will be missed.

Facebook argues they were banned for violating their policies on hate speech and said “We’ve always banned individuals or organisations that promote or engage in violence and hate, regardless of ideology”.

Facebook’s claim of always banning such organisations has been met with criticism, especially since Cambridge Analytica decorated everyone’s Facebook wall with ‘alternative facts’. All three accounts were also banned in a dramatic fashion, a week after Zuckerberg claimed he needed to improve trust in Facebook, which could be seen as opportunistic. Maybe the only ideology Facebook takes exception to is cash?

Having said that, these three are hard to defend. Farrakhan’s antisemitic claims include “and don’t you forget, when it’s God who puts you in the ovens, it’s forever”, Alex Jones claimed the Sandy Hook school shooting was a hoax carried out by actors to overthrow the second amendment, and Milo sympathises with Neo-Nazis. In case you were wondering whether these individuals might be the victims of their intelligence; Milo also claimed men are entitled to cervical smear tests and Alex Jones thinks water turns frogs gay.

It is worth noting that Alex Jones was previously banned from Facebook, but he was allowed to keep his Instagram for 6 months after that decision. Presumably because he is so pleasing to look at:

Now that all these social media platforms account for pretty much half the world population, it is fair to say they have a significant influence on society.

But, because nothing stops anyone from visiting Milo’s website, or visiting Alex’s other social media platforms, they are not actually being banned from the public eye. So, good news – if you want to be completely indoctrinated by outrageous conspiracies and read about how to start a  race war, you are still at liberty to do so. If anything, the fact that Facebook is banning these individuals shows Facebook is not all there is to know about the world.

But this is about mitigating the spread of hate speech. Just because you can buy a copy of Mein Kampf on eBay, doesn’t mean it needs to be in every primary school library. According to Media Matters for America “Facebook can help curb the spread of extremism, hate and bigotry that flourished on its platforms if it remains open to reforming enforcement measures.”, which gives Facebook and others a huge responsibility in deciding what can and cannot be said. Goes to show Facebook hasn’t lost everyones trust. Besides, it’s only distinguishing between freedom of speech and hate speech. What could possibly go wrong?

Also, does this mean The Donald is going to be kicked off all social media platforms for saying vaccines cause autism, calling migrants murderers and rapists, calling for a muslim ban and implying men and women together equals rape? Tough call. But, by Facebook’s standards the President of the United States should be banned from all social media. The only difference is, he’s not tweeting from his mum’s basement.

But, if this has been about bad examples all along, is it desirable to expose influenceable minds to the likes of Kylie Jenner? Neo-Nazis and fascists will have no trouble finding Alex Jones or Louis Farrakhan, but the 133 million people who ended up following Kylie Jenner now think taking pictures of yourself in a bathroom is a job and Fyre festival is real. 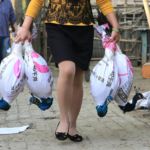