Bank of England: It's Time for More Plastic Money

Last week the Bank of England announced the release of a new £50 note. The plastic note will feature the face of Alan Turing, widely recognised as the inventor of the enigma code-breaking machine, and the father of computers.

There has been fierce competition for places on the new polymer notes in the last few years. Hopeful candidates ranged from Larry the Cat to Jack the Ripper. Unfortunately Isaac Newton was rejected on the grounds that “he partook in hard-core sadomasochistic activities” when he repeatedly stuck needles into his eyeballs.

After failing to find historical figures that weren’t ‘cancelled’ or problematic, the government took the self-congratulatory route and instead forgave itself for killing Alan Turing.

Turing’s arrival on the £50 note had long precedent. In 2013 the government officially recognised that forcefully injecting chemicals into a war hero until he committed suicide may have been a faux-pas. The decision to forgive Alan came only 60 years too late.

Subsequently, the 2014 release of ‘The Imitation Game’ further peaked public interest in Turing. The film, where Benedict Cumberbatch Britsplains codebreaking to Polish people for 2 hours sparked outrage over how the government treated the closeted gay man. In celebration of his efforts in winning the war, Turing was treated to a luxury five-year subscription to chemical castration, which was not covered under the NHS at the time. The state repression of Turing’s sexuality led to his suicide in 1954.

But all was forgiven when the new line of money was announced. In The Guardian, the decision was proclaimed to be the final step in the ‘official rehabilitation’ of the scientist. It was unclear what rehabilitation there needed to be. Turing didn’t commit any moral crimes. Nonetheless, the Bank’s decision to print new plastic money with Turing’s face on it has righted the wrongs from decades of state-led homophobia.

The Bank of England clarified their decision to place Turing on the new £50 note. “We really wanted to reflect how society marginalised Turing during his lifetime by putting him on the least used bank note”. “By plastering his face on the £50 note, we wanted to stress that while we celebrate Mr Turing, his lifestyle might be offensive to some. It’s ok to have homosexual figures on money, but you shouldn’t force that down people’s throats.” The spokesman added: “It’s marginalisation beyond the grave, in polymer form”.

The spokesman concluded: “It’s what he would have wanted. To be immortalised and washing-machine friendly”. “After all, he probably invented that damn machine in the first place!”.

Let’s hope Alan Turing does appreciate the gesture. Whilst the man may have been torn apart by his ungrateful government, at least his £50 note won’t be. Instead, his face can be rolled up into a cocaine funnel for coked-up city bankers. 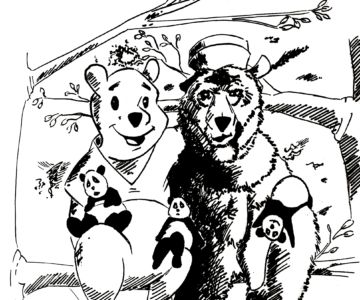 The headline of this article is illegal in China as the Chinese government banned wordplay in 2014.

Sadly, China has been on a downhill trip on the Authoritarian Express Railway since then: twice-daily trips to your local re-education camp sponsored by Huawei!

Make no mistake, the thought of several Chinamen hiding in the nearest bush to intercept any sympathies for the victims of ethnic cleansing is laughable. But plenty of Western businesses have already caved to Chinese demands.

Yesterday, Dior joined Dolce & Gabbana, the NBA and Givenchy by apologising profusely for displaying a map of China that didn’t include Taiwan. Supporting the surrounded rebel province simply wasn’t worth a few hundred hand-stitched leather trousers.

Of course, Europe and America’s moral compass doesn’t lie in the hands of an Italian fashion house, but who’s to say politicians won’t bow to the same economic pressures?

Trump has previously praised President Xi Jinping and the Chinese leader’s seizure of dictatorial power as well as Xi’s response to the Hong Kong protests. Also, Erdogan wouldn’t dare throw away a letter written by Xi, so there’s lots of note-taking to be done by the US President.

Trump says Xi and him have an “excellent relationship,” although no word yet on whether it will blossom into “love” like his relationship with Kim Jong Un. But given the strong effort by Xi to ‘out-North Korea’ his obese neighbour, he stands a good chance.

This ongoing contest for the world’s most cruel leader is worrying and China’s unlikely to kick its habit of shipping ethnic and religious minorities to torture camps and neither will it leave Hong Kong be.

A zero-sum geopolitical world also means it’s unlikely that human rights will prevail through the resurgence of authoritarianism. What comes next is anybody’s guess, but it probably will not involve sunshine or rainbows (especially since China has cracked down on rainbows and LGBT-themed items, removing rainbow products from online retailers). 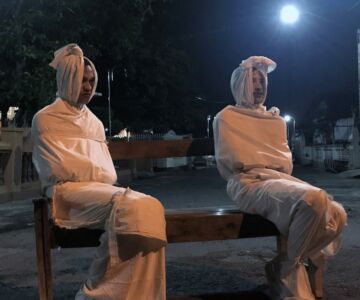 You might have thought that social distancing measures were common sense. But in Indonesia, supernatural intervention is needed. One village has taken to scaring people away from public places by implementing state-sponsored haunting.

In Indonesian culture ghosts, or “pocong”, are thought to be spirits of the dead who have been trapped on earth. Volunteers clad in white sheets have been patrolling neighbourhoods. Initially, this encouraged the opposite reaction, with people keen to see the sinister deterrents.

“Since the pocong have appeared, parents and children have not left their homes” said one resident. Quarantine by terror is an approach mirrored in the US, where President Donald Trump’s jack-o-lantern appearance has long struck fear into American households.

Speaking of sinister deterrents, a McDonald’s in the Chinese city of Guangzhou has decided to fight racism with more racism by banning black people from the restaurant. This ties into some of the misinformation that’s been doing the rounds, suggesting that black people brought COVID-19 back into China. That said, McDonald’s didn’t explicitly draw any links to COVID, so it was probably more of an opportunistic ‘while you’re at it’ sort of thing.

Elsewhere in the world, surprisingly original methods of dealing with the pandemic have been seen. In India, police have taken the unconventional approach of donning virus themed riot-gear to enforce lockdown.

Decidedly less funny is the response of the Filipino government, which is threatening to shoot lockdown-breakers on sight. Indeed, the police in the Philippines are trying to rival coronavirus by making themselves the deadliest thing around. Although, even before COVID that was pretty much the same policy they used to fight organised crime.

President Duterte has said ‘do not intimidate the government, do not challenge the government, you will lose’ in a message to his nation. See, for a man like Duterte, a face mask has nothing on a well oiled AK47. They’re probably cheaper too, at this point… 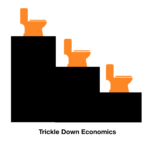