Pub culture is alive and kicking again in the UK after its some 60,000 public houses were reopened last weekend. The only catch is that drinking a pint is now comes with more government regulations than buying a house.

These include one-way systems, two-meter distancing, contact tracing forms, and advance booking to name a few. One police officer remarked after an estimated 15 million pints were sunk in one day that it was ‘crystal clear’ that drunk people could not follow social distancing… and no one saw that one coming.

But it’s all curtains again already for some pubs after customers tested positive for coronavirus after visiting, so if they literally went everywhere else in the intervening period the pub’s getting the blame.

Overall though, the widespread disorder which was expected to follow from the reopening of drinking venues has not materialised. Unless, that is, you count Nigel Farage’s questionable trip to the pub after visiting the United States to see his bestest friend.

Leader of the Liberal Democrats Sir Ed Davy, who clearly has far too much time on his hands these days, chose to write to the police advising them to investigate Farage for being in violation of the 14-day quarantine for returning visitors to the US.

The controversy started after Farage tweeted a photo of himself at the pub drinking that sweet Brexit pint. After having had the police called on him, he then proceeded to post yet another photo of himself in the pub. You see, now that his work is done separating the UK from the richest trading bloc in the world, Nige’s new calling is trolling fellow washed up politicians on Twitter.

The reopening is part of the UK government’s plan to breathe life into the tanking hospitality industry and are encouraging people to ‘enjoy summer safely’. They’ll even knock 50% off your bill at restaurants on certain days in August. Rumour has it the new pandemic slogan is to be changed from ‘stay alert, control the virus, save lives’ to, more simply, ‘back to boozing’. Good news for everyone quarantining at home alone with their Xbox. You no longer have to waste your time on boring games like Grand Theft Auto or Call of Duty. The newest pick from Ultimate Games is a much more exciting action-packed nonstop thrill ride. Your character isn’t an assassin. He isn’t a football player. He isn’t even a superhero. He’s someone even more wild: the Pope of the Catholic Church.

Yes, “Pope Simulator” is shaping up to be the hottest game of the summer. There’s nothing to get you out of your quarantine funk like stepping into someone else’s exciting life. And who better than an 83 year old man that still spends all his time indoors praying? And doing that old person napping thing where their eyes are slightly open and you’re always worried that they’re dead?

Why bother with high speed car chases, recon missions or aggressive shooting when you can stand around waving at people?

This game will answer some of the biggest questions facing the Catholic Church today, such as   what does the pope do all day? Can you get drunk off the wine they serve in church? And what are all those priests really wearing under their robes?

As the pope you’ll make tough decisions. In one game scenario, a little girl comes up to you and you have to decide whether to “bless the child” or “ignore.” Incidentally there’s no option that says “swat away the child’s hand in a video clip that will later go viral,” but it would probably be the most realistic choice.

Recently Pope Francis and Pope Benedict have clashed over the issue of priest celibacy, so maybe you’ll get to decide on that. Then maybe you’ll get married and the game will become more like Sims: Pope Edition. You can have whoopee in the hot tub and then kill your characters by refusing to let them pee.

Ultimate Games, which is a Swedish gaming company, is still trying to make a name for itself. They’ve mostly created low quality fishing arcade games (and one game based on the popular TV show, Naked and Afraid). The pope game for them seems a little out of left field (especially since their wheelhouse usually includes trout, mackerel, or naked people). But they’ve said “This is no joke.”

And for folks who might be offended by the way this game trivializes religion, they have a more respectful followup coming out. So stay tuned for more details on “I am Jesus Christ.” 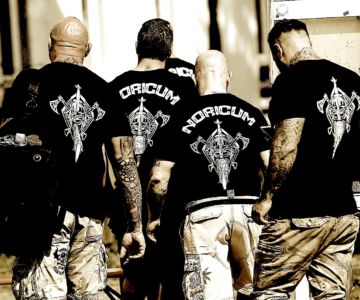 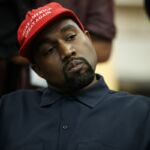