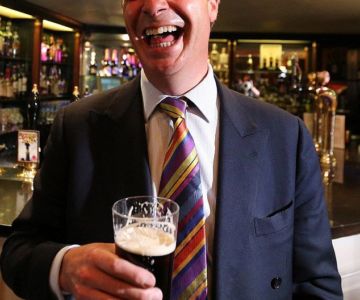 A Pint of Bullshit

In his bestselling book ‘On Bullshit’, Harry Frankfurt noted that there is a certain distinction between bullshit and lying, because “it is impossible for someone to lie unless he thinks he knows the truth. Producing bullshit requires no such conviction.” A 50k degree in political science would call this ‘post-truth’; people going beyond truth searching to a point where they try see what they can get away with.

A masterclass in bullshit was delivered by the everyman’s favourite elite, Nigel Farage, in his appearance this past Sunday on the Andrew Marr Show. As the founding leader of the Brexit Party, Nigel didn’t want to talk about his earlier praise for Vladimir Putin; his calls to roll back gun control; his advocation for banning all immigrants with HIV, or his assertion that worrying about global warming was “the stupidest thing in human history”. Oh no, not these claims that any politician should have to defend – as much as any President should defend their tax returns.

Nige certainly didn’t want to follow up when Marr pressed him on his earlier advocation for a Norway-style deal, because this might have caused a bit more trouble. During the referendum campaign, Nige advocated the benefits of such a deal – and not just because we would be “rich, free, catching our own fish!” When faced with this claim, Big Nige outright rejected the claim and asserted that a Norwegian-style deal “is not what the people of this country voted for” and would leave the country worse off. Aside from Nige’s neck breathing in the voting booths and inside the minds of those involved, his confidence in not only stating he had never said such a thing but declaring the interviewer an enemy of the people for suggesting so, is a masterclass in bullshit.

Is this bullshit politics? An era where obfuscation trumps the very possibility of knowing the truth?

Rather than facts, Nige wanted to talk about democracy, as all good populists do. But this is false politics, which places a fictitiously unified people (imagine English football fans post Tripper’s freekick vs. Croatia in the semis) against a corrupt, and morally inferior, elite. Don’t forget, even though Nige is part of this machine, he’s not part of this machine. He’s an anti-elite elite – after all, how could someone who drinks a pint of bitter think he’s morally superior? What the Marr interview epitomised, as much as Nige’s earlier appearance on Question Time, or his entire campaign for Brexit, is that Nigel Farage thinks he represents the 100%. Anyone that disagrees is not only morally, intellectually and historically corrupt, but they no longer form part of Nigel’s pub crawl.

But, people buy bullshit. It’s easier, after all. It’s straight-forward and makes sense of the world around us. Simply repeating the facts won’t change minds but highlighting bullshit and spreading it all over the wall does shed some light on it, and it can help those left on the fence understand who their true enemies are. It’s those who care little for truth. It’s those who would rather you give them a fish and feed them for a day. Because if you teach them how to fish, they’ll claim a Norway-style deal no longer represents the will of the people. 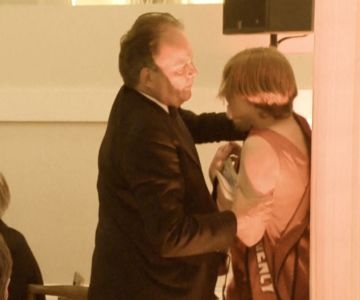 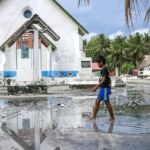