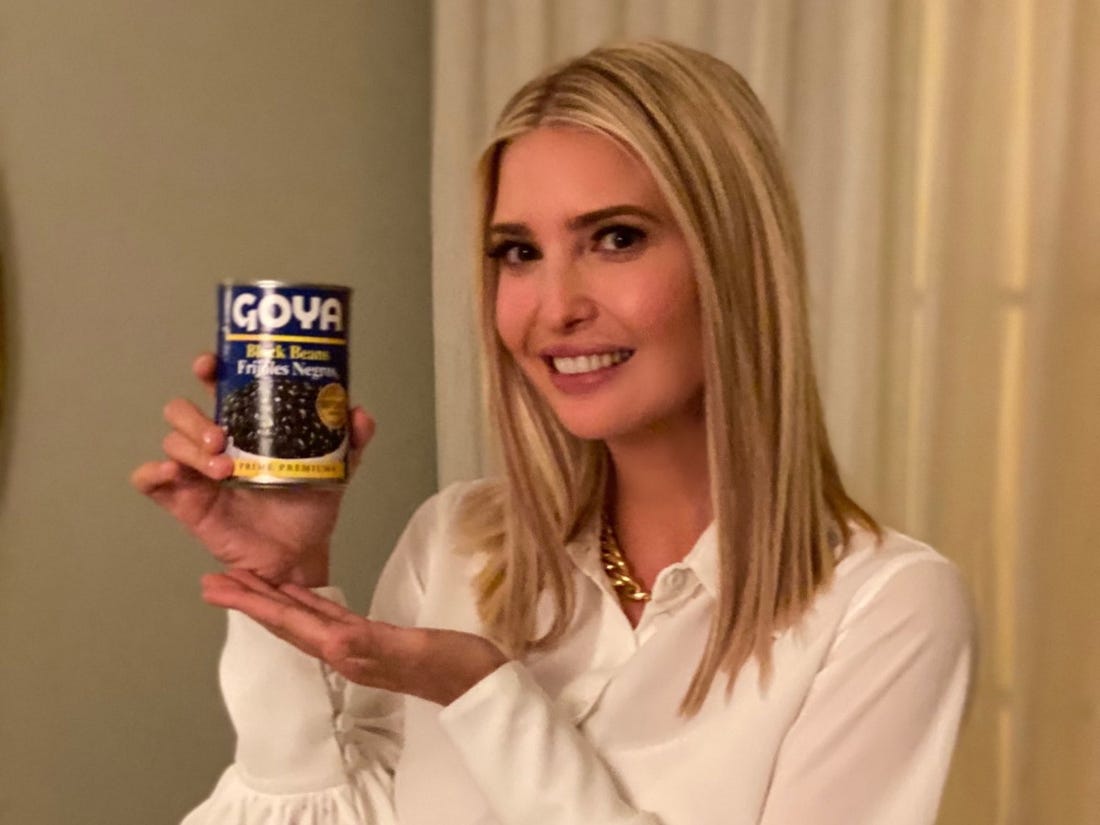 Goya through the Motions

A month ago, Donald Trump was touting a questionable drug that he said would save people from dying of Coronavirus. This week, he’s touting beans. The message here is clear: you cannot save yourself from COVID. Instead, just sit at home for the rest of 2020 eating beans.

Recently, the Goya Chief Executive Officer Robert Unanue said the United States was “truly blessed” to have Trump as its leader. His support of Trump makes sense. The longer the government incompetently waffles without ever fixing Coronavirus, the longer everyone will be queuing outside the grocery store to buy mediocre canned beans from Goya.

Then Ivanka Trump posted an exceptionally awkward picture of herself holding up a can of Goya beans on Twitter.

If there is a wrong way to pose for a photo-op with canned beans, then this is it. It’s almost like she was raised in an apartment with golden toilet seats and only ever eaten meals prepared by a five star chef, and the closest she’s ever come to canned beans is when she was browsing the spice aisle at Whole Foods.

The last time a decently attractive woman seemed so happy to be holding a can of beans, there was also a showcase showdown and an old guy telling you to get your pets spayed and neutered. Seriously though, she looks like she’s auditioning to be a model on The Price is Right. She’d be a shoe-in if she were twenty years younger and also not part of the most problematic family in America.

The caption said, “If it’s Goya, it has to be good. Si es Goya, tiene que ser bueno,” proving once and for all the the Trump’s are culturally competent enough to type a short sentence into Google Translate.

The photo was so painfully awkward that a watchdog group actually filed a complaint about it. (Admittedly their main beef was that her endorsement of the company violated government rules).

White House press secretary Kayleigh McEnany responded to the complaint, saying that “This tweet was made in her personal capacity voicing her personal support.” Because it’s so common for 38 year old White women to regularly post pics declaring their support for their favorite bean company.

Trump later shared his own photo of himself with a variety of Goya products on the desk in the Oval office. If you’ve ever watched National Treasure, you know this is like a super important desk. Other presidents used it to sign laws and make history etc. And in a way Trump also used it to make history. Never before has a photoshoot featured canned beans, chocolate wafers, and the President of the United States all in the same shot. 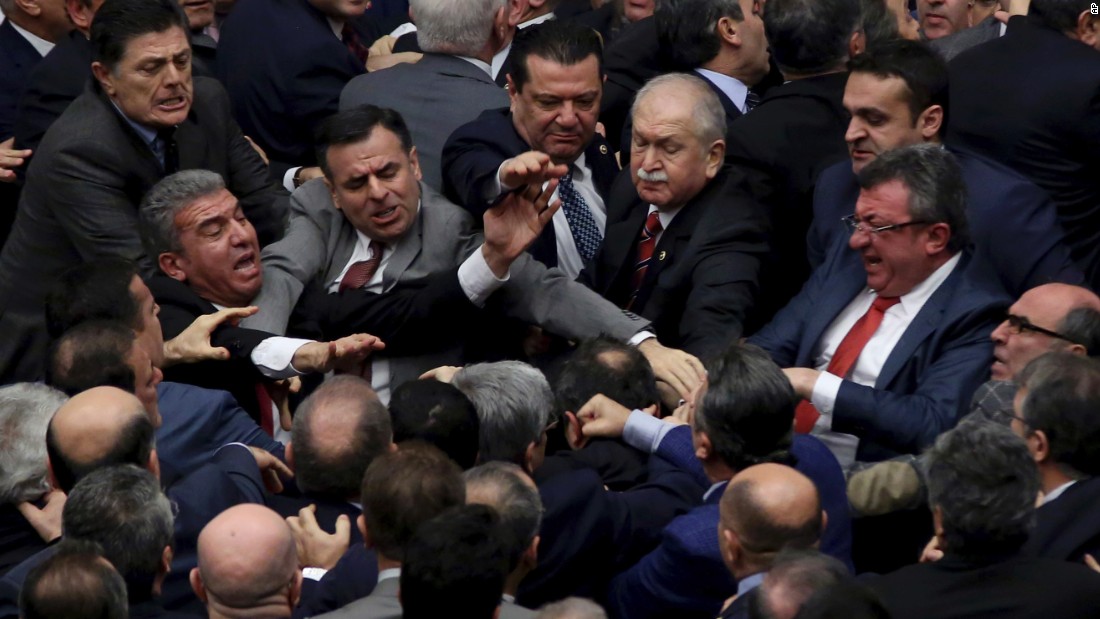