The Politics of Cars

The Politics of Cars

Fiat-Chrysler and Renault are considering a massive 35bn Dollar merger, to create the third largest car manufacturer in the world. The only two larger automakers would be VW, makes sense, they own everything, and Toyota, also makes sense, ISIS needed a ton of trucks.

The proposition has caused Chrysler and Renault stocks to soar up by 11% and 15%, respectively. The Chrysler rise seems logical enough, merging with a company that occasionally makes passable cars would be a considerable step up for the marque. It is difficult to see what there is to gain from Renault’s side, as no one in Europe is dying to see a car that can only go straight with a cup holder large enough for a bucket of Sprite.

But, the merger is not clear cut, as it comes at a time of political cat fighting between France and Italy. Ever since Italy’s Five Star movement and the Northern League came into power, Italy and France have opposed one another on immigration, the war in Libya, the EU and government debt. As a result, the Italians have been taunting Macron, by supporting the two things he fears most: the yellow vests and Marine Le Pen.

Because the French own part of Renault and the Italians have a stake in Fiat, both governments are now getting involved. Salvini is demanding Italy gets a piece of the action should the merger go forward and Macron has to approve the deal before it can go forth, as he knows what unemployment could do to the Arc de Triomphe:

Under normal circumstances this wouldn’t be too big a problem and La France and Italia would just talk it out. Far from normal times, the two governments find themselves in the unfortunate place of avoiding each other more than they avoid wars. Having said that, history teaches that when negotiations get tough, Italians quickly join the other side of the alps and the French have no problem surrendering their position.

Car companies are points of national pride, even in the US for some reason, and with such bad blood between the French and Italian regimes right now geopolitics could spoil the party. 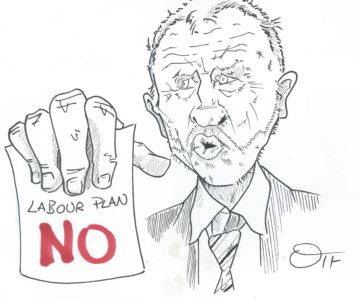 It is impossible to discuss UK politics without talking Brexit today. This self-deprecating exercise has been blamed on the Conservative party, Nigel Farage and computer savvy Russians, but their strongest ally has been across the aisle – Jeremy Corbyn, Jezza for comrades, leader of the opposing Labour Party.

Think of him as the Bernie Sanders of the UK. A self-proclaimed socialist, an even more impeccable sense of style, he’s been around since sliced bread, has many ideas about how to improve society, he’s seldom turned those into laws, and he’s simply too far left to be electable. Except, unlike Bernie, Jeremy has been handed a national catastrophe as a ticket into office and still failed, he’s not keen on jews and no one reads his books either.

What Does Jeremy Think of Brexit?

Well, it depends on when you asked him. In the run-up to the referendum in 2016, he loved Boris and Nigel’s idea of a revolution : “[i]f you succeed in getting a ‘no’ vote here, that will be such a boost to people like us, all over Europe, that do not want to live in a European empire of the 21st century”. All we have to lose are our chains?

Six months before the Brexit leave date, “we are committed to also putting forward or supporting an amendment in favour of a public vote to prevent a damaging Tory Brexit being forced on the country.” Right…guess there’s greater zeal in a convert?

Finally, when the clock struck quarter to midnight, Jeremy voted down every single option Theresa May put on the table. If ever there was someone who could make the conservatives look strong and stable.

So is the Labour Party to blame for the extension(s), the no deal scenario, and everything else really?

Largely, yes. The Tories didn’t really need any help ruining the credibility of British politics. But in a functioning democracy shouldn’t an incompetent government be kept in check by the opposition?

Not if it’s up to the Labour Party. Jeremy made sure the opposition is 1) completely unelectable even when the incumbent government is falling apart, and 2) obstructive to parliament at all costs, blocking all solutions that are on the table.

Jeremy is in parliament for the party (pun intended) not for the country.

But if he’s a self-proclaimed socialist, Jezza must care about the young and the poor?

He says he does, but his actions leave both the young and the poor at the mercy of the Conservatives. Whilst he does turn up to music festivals to rub shoulders with rappers he’s never heard of, that’s not going to save the working class nor the 29  year olds sharing a flat with 5 others who think it’s cool to wear a hammer and sickle T-shirt.

63% of under 29-year-olds voted for Labour in 2017 and over 70% for are in favour of staying in the EU-empire – it’s clear that his electorate wants anything but what is happening right now.

So much for safeguarding the interests of those most likely to be annihilated by sky-high food prices, North Korean immigration laws and the annihilation of public services. Despite the Tory train wreck, Labour will need a new leader to get even a glimpse of 10 Downing St.

Jeremy Corbyn is a victim of his own principles, but unfortunately so is the rest of Great Britain. 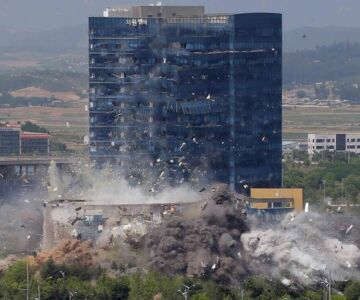 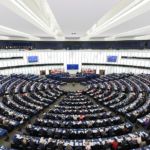