The cosmic and eternal karmic scales should have been in equilibrium after Theresa May’s three year tour of shame around the country. It seemed a just price for national humiliation. Like the picture of Dorian Grey, May’s decay matched that of a humbled and throughly debauched nation.

But it wasn’t enough. May of all people should have understood by now that there is no such thing as karma. There is no balance, there is no God. Even if there were, we would have no reason to worship her.

So there was no relief in May’s humiliating and tearful farewell. No order restored from a speech that had the empty rattle of a spent spray can.

But even that wasn’t enough. As May bowed out of a political career that somehow beat David Cameron’s in terms of sheer terror and uselessness, May couldn’t find solace in her exile. Utterly defeated, bent and broken, Theresa May faced one last humiliation.

In a stinging rebuke, one university student on his summer break compared Brexit to The Clash song “Should I stay or Should I go?”. Put simply, this young man-of-letters had hammered the last nail into the grey ghoul’s coffin.

The comparison was deceptively simple. By lifting the lyrics “Should I stay or Should I go?”, the student mocked the backwards and forwards of the Brexit debate. But it went far, far further than that. The lines that followed :

If I go there will be trouble,

And if I stay it will be double

The student makes an almost childish yet simultaneously profound statement – “These scars, these scars will never heal.”

The political analysis was unprecedented. It turned heads from all around the country. When asked for a comment, one Oxford Professor stated : “The genius in this insight has left me in awe. I am lost for words.”

Perhaps this observation that Brexit is the like the Clash Song “Should I stay or Should I go?” had an origin story of sorts. The second year student had posted on Facebook a few months ago that he hoped “April would be the end of May”. This double entendre – May being a month, but also the name of our Prime Minister, perhaps hinted at the genius to come.

Or even further back. The student’s devilish cry of “Bollocks to Brexit” perhaps?  Now adorned on the T-Shirts of the perpetually middle-class Lib-Dems in the European Parliament, this clever alliteration of ‘B’ in “Bollocks” and “Brexit” certainly has the same flash of genius.

Regardless, all we know is this: only a university education of the highest order can cultivate this kind of insight. If the university second year keeps on comparing political events to lyrics from pop 80s chart-toppers, writers like me will soon be out of a job. 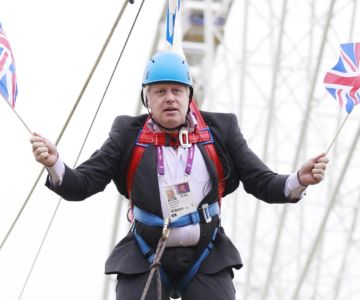 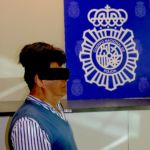