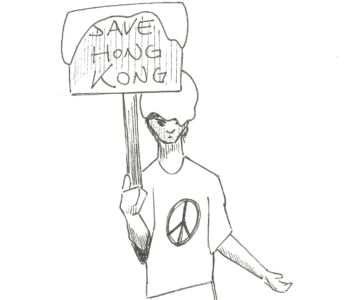 In the midsts of violent protests in Hong Kong, Twitter took money from the Chinese government to run anti-Hong Kong protest advertisements.

The Tweets in question were generally unimaginative, but wouldn’t go quite as far as saying protesters were the enemy of all things China.

Instead, messages such as “Hong Kong citizens call for stoping violence and restoring order in the city”, or “all walks of life in Hong Kong called for a brake to be put on the blatant violence and for order to be restored” were widespread.

Twitter itself is of course banned in China, by the ‘great firewall’.

So, they used a free speech platform, to disparage people trying to protest for democratic rights, in parts of the world that value ballot boxes. This may have been the most, or least ironic thing the Chinese government could have done to turn the public against Hong Kong’s protesters. A real brainteaser.

In the mean time, Hong Kong is looking to retaliate by raising almost $2M for an international advertisement campaign.

Something that might have been better spent on gas masks, as so far no Western leader has done much beyond a “showing of concern” towards the violent clashes taking place. And the chances of Chadwick flying out to Hong Kong to throw a few Molotov cocktails after seeing an image of violent protests in the Financial Times are slim.

It is unclear how much money Twitter saw from the campaigns, nor is it clear what made Twitter suddenly notice all of this money. Perhaps they felt that letting the Chinese government win would mean a fair few of their users would go missing.

But, this isn’t the first time a social media company has found itself in the middle of a propaganda scandal.

Last year (?) the Cambridge Analytica scandal unveiled that the Leave campaign in the UK and the Trump campaign spent millions on social media to smear their political opponents. It turned out to be a very successful strategy, especially with those voters (apparently quite a few…) who like to be informed by internet memes.

Aside from that, an estimated 10 million tweets were sent by the Russian Internet Research Agency (Abbreviated as IRA –  to give you a clue…) in the run up to the 2016 US elections.

Since exposing their own part in the meddling, Twitter has shut down 200 000 Chinese accounts that were targeting the Hong Kong protests. While they were at it, they also removed 3800 Venezuelan accounts, and a whopping 33 Iranian ones for good measure.

One could argue this is a gross violation and censorship of Chinese and other non-Western voices on politics. But, to argue that one would actually need Twitter and ideally freedom of expression. So, doubt Twitter will be hearing from them any time soon.

Twitter has since issued a statement saying that “[c]overt, manipulative behaviours have no place on our service – they violate the fundamental principles on which the company is built”. Not to be confused all the revenue this and previous smear campaigns have brought to Twitter. It’s about the principle, not the money, of course.

What’s more, while Twitter has now banned advertising from state controlled news and governments, the policy does not apply to “taxpayer-funded entities”. Which is legal speech for – “we’re still happy to accept money from NPR, ABC (Australia), the BBC and CBC (Canada)”.

So, having profited from most parts of the political spectrum until now – Twitter has now taken a firm stance to end this once and for all! From now on, just the good guys’ money please. In case you had not already heard… we are at war. Yes, at war with coronavirus. This means that the government is in the unique position of being largely immune to serious criticism and journalists should take note.

John Humphrys, former host of the ‘Today’ programme, has said this week that reporters are being told privately by bosses to ‘go easy’ on government ministers when asking questions about the current crisis.

That’s why Chancellor Rishi Sunak was left completely unchallenged when he denied that his own advisor, Chris Whitty, had ever said that widespread testing was essential to the fact that Germany had been able maintain fewer deaths.

Or why Home Secretary Priti Patel dodged a question about the scandalous lack of personal protective equipment (PPE) for frontline NHS by saying ‘I’m sorry if people feel that there has been a shortage’. Because at the end of the day, coronavirus will only kill you if you feel like you’re unsafe.

Of course, when an entire country relies on the government saving the day through a brilliant strategy, nobody’s left wanting for an exposé on how Dominic Raab eats cats for lunch and how 6% of British children can be traced back to a Johnson affair. Letting them off the hook, on the other hand, means they can get away with kicking out all migrant nurses (thanks Priti) and channel every penny from the NHS to Trident. (Btw, has anyone tried using nukes on COVID yet?)

But, the BBC maintains that it is ‘emphatically not the case’ that their reporting has been too soft. Indeed, they have made every effort to consult all the experts for an open and free discussion. The leading expert on every matter himself and biggest annoyance to the EU until COVID-19,Â Nigel Farage, recently appeared on Newsnight. See, who needs well-educated virologists and doctors when Nigel Farage is willing to throw his 2 cents on the pandemic into the mix.

Health Secretary Matt Hancock was allowed to duck out of the question about deaths among healthcare workers owing to the government’s late response in providing adequate equipment and facilities. In a classic dodge, Hancock’s responded by defining hospitals as a ‘precious resource’ and said little more.

But the warlike propaganda from the government, echoed by the Beeb, is enough to let the failings of officials go unanswered. In the meantime, there is only so much journalists can get out of ministers from a Zoom video call. 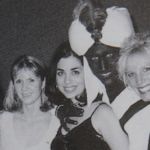