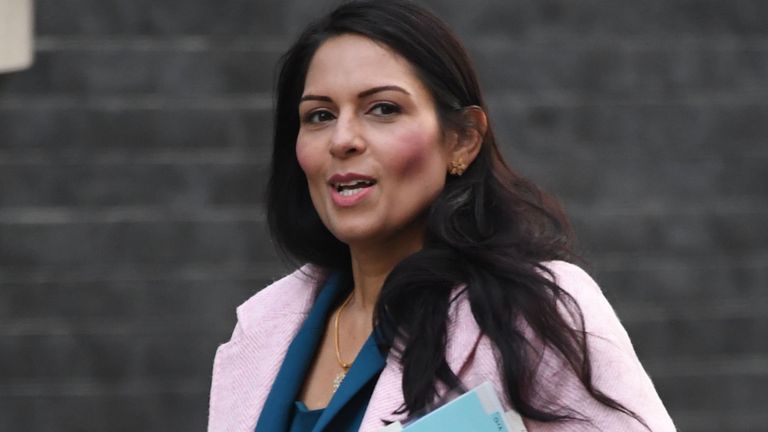 When Theresa May sacked Priti Patel as International Development minister in 2017 for conducting secret diplomacy while on ‘holiday’ in Israel, few could have foreseen that she would ever hold high political office again.

Yet, her fortune quickly changed when Boris Johnson took over as Prime minister. In fact, colluding with foreign intelligence made her an outstanding candidate to be the Home Secretary.

But even before Priti came along to make sure people like her own elders could never enter the UK again, Britain’s dysfunctional Home Office had been neurotically pursuing its anti-illegal immigration stance. Mostly attempting to deport life-long resident Jamaican grannies under the slogan ‘go home or face arrest’.

This scandal is still hanging over the government and might just explain why the last two home secretaries have not been, as the phrase goes, ‘stale, pale, and male’.

But recently there have been reports that there are a number of ‘tropical storms’ in the Home Office between Patel and the permanent secretary Philip Rutnam. Allegedly, aggressive deportation policies also apply to civil servants, as the home secretary is trying to force the disobedient out by ‘bullying’ and ‘belittling officials’.

The prime minister was quick to come to the aid of his creature, saying that the claims were ‘false’ and that Patel has his ‘full confidence’.

Even MI5 has come out to say that reports the home secretary is distrusted by the intelligence service and thus kept out of the loop on some issues are ‘false’.

Although They could be right not to worry – what with coronavirus going global Priti Patel probably won’t be going on one of her ‘holidays’ again anytime soon.

In the meantime, The Times has reported that the home secretary has made an angry request for a formal enquiry into how the ‘hostile briefings’ regarding her and MI5 were leaked to the press by civil servants. This should also make sure any whistleblowers think twice before acting in accordance with their  silly morals.

Indeed, the current government’s tensions with the civil service staff have become so bad that an HR advisor is being sought to manage policy for government ministers’ advisors.

Meanwhile Dominic Cummings is still fishing for ‘wierdos and misfits with odd skills’ to join the civil service. Presumably to make sure they can handle Priti’s abuse, and because clearly he feels lonely as the only complete freak working in it. 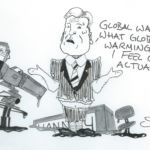 Not Caring is Expensiveby Spitsbergen / December 4, 2019
To Slander a Heroby Noah Eastwood / December 6, 2019 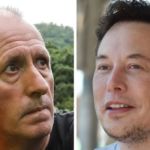