In this technological age, where our fridges can write our shopping lists and social media algorithms are designed to predict our behaviour, one would think that the design of a track and trace app is child’s play.

As it turns out, the British government appears to still be living in 1998, working on thicc laptops and phones with buttons on them so designing an app is understandably more difficult than engineering a manned mission to Mars.

There is no denying that the technology employed by this app is very intelligent. Individual Bluetooth key codes gauge the proximity of users and then cross reference this data with the NHS’ testing log in order to determine who should be isolating and who should be living in fear of having to isolate.

The app’s QR function allows users to sign into pubs and restaurants more easily and therefore receive notification when someone they have been in contact with tests positive. It’s like a sophisticated high-stakes dating app but there’s no love interest only a mysterious stalker called ‘Covid-19’ and the constant threat of house-imprisonment.

One annoying issue is that users are currently still unable to log negative test results. On the face of it this doesn’t seem like a big problem; why would people you’ve seen in the pub want to be notified that you’re negative? The problem is rather derived from users who log that they are experiencing symptoms and then test negative. In other words, hypochondriacs are bugging the system.

Upon entering your symptoms into the app it begins a ten day self-isolation countdown that cannot be deactivated- even with a negative test result. So, whilst your phone may now resemble a nuclear detonator counting down the days until you’re allowed to go back out, at least you don’t have Covid-19. The issues with the app run deeper however.

It is currently only able to run on iOS 13.5 or above (equivalent to Android 6), which means users must own an iPhone 6 or a more recent model in order to download the app. This naturally excludes certain demographics of society from being able to use it and brings into question the integrity of a government that has not yet designed a universal track and trace system that is actually reliable.

So, grandad’s Nokia brick-phone won’t be much use in telling him how to navigate a deadly pandemic. Perhaps those billions spent on building a pointless ap would have better gone towards further protecting vulnerable care homes from a second wave.

There are concerns over our privacy and liberty too. At this moment in time the only guarantee we have for data protection is Matt Hancock’s word, who insists that the data “will be handled according to the highest ethical and security standards.” A bold claim given that Hancock is essentially trying to force us all to become characters in his own massive creepy game of Sims.

In spite of this plethora of problems it represents a step in the right direction. Hancock has correctly pointed out that it has been “the fastest downloading of an app in British history,” and we can only hope that it has to some extent made the lives of its 12.4 million users more straightforward during this complex time. Even if its only true benefit has been to facilitate signing into the pub more quickly. 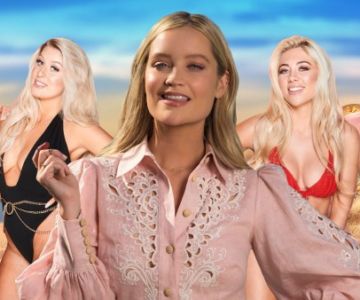 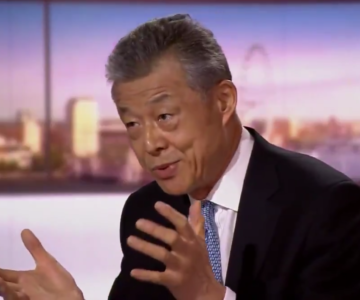 Things have been getting pretty tense between the UK and China recently. As we’ve already covered, China’s new security law in Hong Kong prompted the British government to try and sneak some 3 million HK citizens out from under China’s nose by offering an easy pathway to British citizenship.

But in recent days the biggest episode of Sino-British beef since the Opium Wars of the nineteenth century became a bit more heated. The Chinese ambassador, Lui Xiaoming, was questioned on live television about apparent concentration camps in Northern China… and what a disaster it was.

In response to a drone footage of handcuffed people being marched onto trains the ambassador came out fighting with ‘I cannot see… err you know… this view’.  Because it’s just the custom in that part of China to catch the train with your hands tied behind your back blindfolded.

The BBC’s Andrew Marr, whose record for making politicians of all parties squirm Chinese intelligence clearly overlooked, continued to press the point about the prevalence of forced migration and even genocide against Uyghur Muslims.

But Xiaoming was having none of it. After asking Marr whether he had himself visited Xing Jang, where the footage was taken, he said ‘you know Xing Jang is regarded as the most beautiful place in Xing Jang.’ Who would have thought that of all the beauty spots in Xing Jang… it would be Xing Jang itself that took the prize. It’s almost poetic.

The ambassador’s poor grasp of the English language, however, was not enough to get him out of the hotspot in the interview, and he remained hopelessly unable to answer to the human rights abuses which China is accused of. The full 20-minute video is almost beyond satire. But ultimately, nothing can beat Prince Andrew’s career suicide caught on camera.

Mr Xiaoming is probably unfamiliar with the concept of a ‘free press’ because in China the interview would have centred around the fantastic education programme offered to the Uyghurs as well as China’s masterly elimination of coronavirus.

Still, after an interview this disastrous the ambassador might have to make a trip to the re-education camp himself.

The feud between the UK and China continues and Huawei has just been stripped of its contract to install 5G network in the UK. Which is a good thing, as everyone knows that it’s 5G is which really responsible for the Coronavirus pandemic. 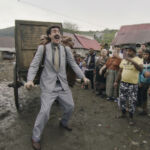