The fly in the ointment? Lagarde said the ECB is “not here to close the spread” (banker talk for ‘we’re not here to back up your unreliable governments). Goes to show what damage you can do if you don’t pay attention during orientation week at work.

So, what exactly happened? Yesterday, the ECB was meant to announce measures to help EU governments deal with the coronavirus. The Italian government was particularly anxious, as it is the most affected country in the EU so far and because whenever the ECB holds a press conference these days it tends to be about Italy anyway.

But instead of helping, Lagarde gave out more of a “COVID won’t hit us here on the 16th floor in Frankfurt, best of luck, arrivederci.” vibe. – which then tanked the market.

Confused? Here an of explanation of things ECB and bonds:

A bond spread measures how a government performs and how solvent it is. Think of it as a review on Amazon, but for how well a country’s economy is performing. The better the rating, the more people will buy into the government, the more the government will have to spend.

What Lagarde failed to realise during her speech, is that unlike the world of private banking, where you can say things like ‘socialism will destroy the world’ a year after you get bailed out by a government, central banking is a different kettle of fish.

In fact, it is a well-known fact that central banking is the only place where the precision of words matters more than trying to hold a talk on transgender issues at a university.

Lagarde’s vote of no confidence, quickly reduced Italy’s bonds to a 1-star review, thereby making sure Italy will struggle to deal with the virus. Nice one.

This quickly triggered many angry Italian tweets, even labelling the phenomenon as the “Lagarde virus”.

Luckily, Lagarde and her virus were quickly quarantined while everyone else at the ECB went out to say ‘don’t mind the French lady’. Even Ursula von Der Leyen intervened using the words of Lagarde’s predecessor Mario Draghi (now Super Mario on Twitter) that they’ll do “whatever it takes”.

Sounds harsh. But if it weren’t for all the cancelled flights to the US, they’d probably found a way to ship Lagarde back to the US where she could go back to giving Ivanka Trump death stares or running the IMF where an exotic French accent makes for a sufficient skillset. 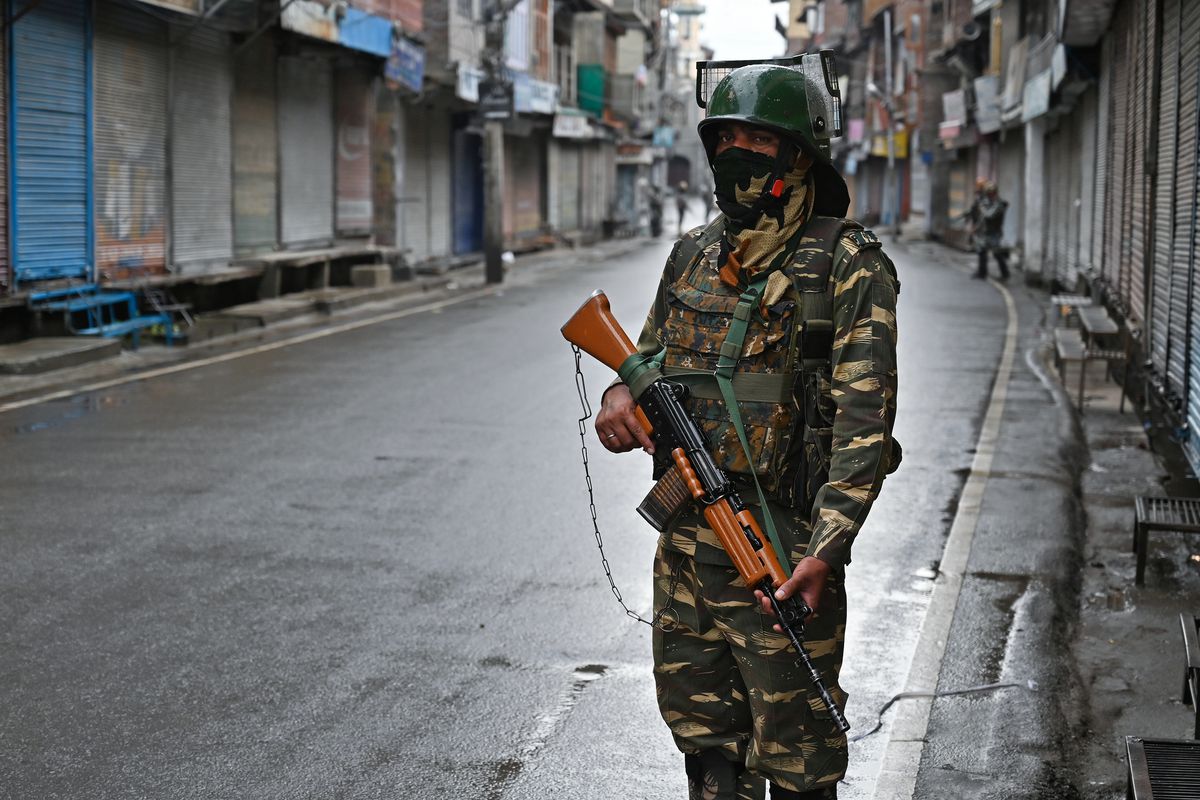 India recently revoked Kashmir’s ‘special status’, thereby taking away the Muslim majority state’s autonomy. What’s more, it also withdrew Kashmir’s ‘statehood’ meaning it is not even another Indian State but as of now run by the central government of India.

But, before revoking the rights of the entire region and making it an annexe of the capital, the government was kind enough to shut down all communications and internet connectivity with the outside world. Ignorance is bliss, after all.

According to local journalist sources, the “blackout is so total that locals don’t know [that] India rewrote their constitution”. Presumably this journalist knew their way around a pigeon and a hair-tie.

Now, this is not the first time that the people of Kashmir have had to sit by candlelight thanks to the Indian government, as they cut their internet 134 times last year. Maybe that was an attempt to ease the citizens of Kashmir into darkness?

The central government also put in severe travel restrictions, and most local journalists are unable to report the goings-on. Three hundred political figures have been detained, and public gatherings have also been banned. That’s the last thing you want when you’re trying to strip away the rights of over 6 million people, for some public gatherings to spoil the fun.

India explained the move, as “[p]re-empting any violence that the announcement may trigger”.

Now, If you just spat the remainder of your Chai latte from your keep-cup at you new MacBook Air, saying “Kashmir should be independent this instant” – be advised. The situation is rather delicate, as Kashmir is located between Pakistan, China and India – all 3 of whom have a great interest in the region.

Firstly, Kashmir is the primary source of fresh water in the region.

Second, the area has been a source of geopolitical stress between India and Pakistan.

Lastly, and probably most importantly, all three powers feel it is just really neat to have a little more land. And, that’s before you even get to those soft jumpers.

But much more than a game of Risk, Kashmir is at risk of fuelling India and Pakistan’s long-time feud.

In an attempt to defuse the tension, Pakistani Prime Minister Imran Khan stated that the crackdown is an attempt to change the demographics of the region to the disadvantage of the local Muslim population. He stated in a tweet “will the world watch and appease as they did Hitler at Munich?” Vivid.

What’s more, Pakistan has cut all trade with India and called on the UN and the world’s greatest, most amazing, and terrific diplomat for help; Donald Trump.

Indian diplomats have called this an exaggeration, and accused Pakistan of trying to present an “alarming picture to the world” – in a sort of ‘we won’t deny what we’re doing, but no need to be rude about it’ way.

Indian PM Narendra Modi has been rather quiet about all of this. Perhaps because he is currently ‘promoting peace and a never give up spirit’ with Bear Grylls on Man vs. Wild. 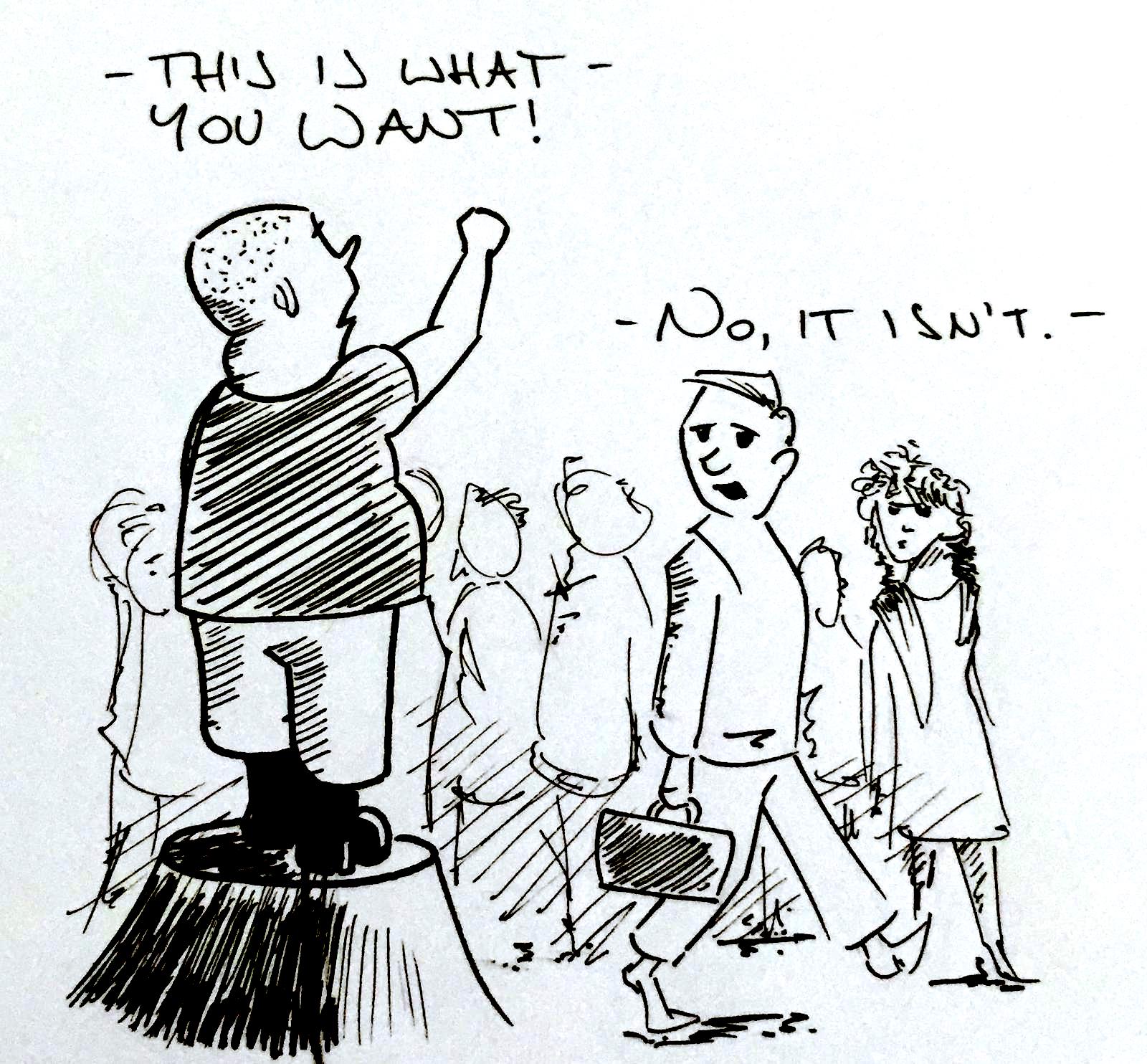