It Pays to be Right

It Pays to be Right

A recent investigation by Channel 4 unveiled Nigel Farage has been receiving benefits from millionaire Arron Banks. Perks include 13k per month to live in Chelsea, 20k for personal security, a chauffeur driven car and business class tickets to go brown nose Donal Trump. Which begs the question, does it pay to be right(wing)?

There are plenty of left wing millionaires and maybe some are also benefitting from sugar daddy donors. Bernie Sanders is a millionaire, but his cash comes from 30 years of getting no policies through in congress and selling books after not becoming president in 2012. Jeremy Corbyn’s also not living it up in a mansion, which is not surprising as most millionaires are quaking in their boots for these lefties. If they’re lucky, they can probably count on a crisp copy of Das Kapital and a ‘happy holidays’ post card once a year.

There are exception, of course. Aren’t Hillary Clinton’s pantsuits paid for by Wall Street? Hillary Clinton received many millions in campaign donations to beat Sanders. For the rest, she goes around the world to give on a tour where you can pay 750 dollars for the pleasure of hearing her sob story about losing the election 3 years ago. Say what you will, there is a difference between finding people daft enough to pay for the ‘Bill and Hill’ tour and being bank rolled by a single millionaire.

The difference being, that Hillary never was going to clamp down on Wall Street, and as a result got help to beat Bernie. Even though she didn’t win, money well spent. The Bern is not in the White House, nobody’s looting Wall Street any time soon, and if you’re a banker, the economy is doing better than ever. But if one man is paying for everything from your house, car, security to even your shower curtain (did not make that up), what happens if he decides he wants a policy change? If Arron Banks wants to ban state schools and deport the homeless, Nigel is out of a house if he doesn’t oblige. And do you trust Nigel to give up his pad for a few homeless here and there? It’s not like he was seen queueing at the German embassy a week after Brexit happened.

But, why don’t his voters care about this? Nigel’s often put forth a conspiracy where it is the “political class, clubbing together, using their mates in the media” who conspire against ‘the people’. Nigel preemptively made sure the Brexit Party doesn’t actually have any official policies, apart from the obvious, to make sure he can’t disappoint. Nigel has even said he will never use the word ‘manifesto’ again for this reason. Nigel isn’t alone. Ron Paul and Rand Paul get plenty of money to then be talked over at presidential debates. Whereas when you buy a Nigel, you get a seat in parliament for free. A seat with no clearly defined policies, which means it’s worth every mansion and shower curtain Arron ends up paying for. 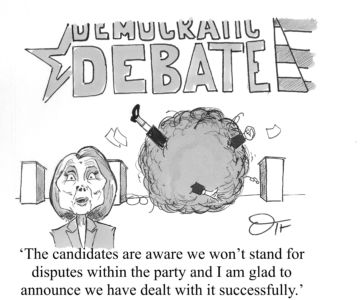 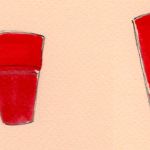