Priti Patel celebrated her respawning as Home Secretary by promising to bring back classic British terror to criminals.

This marks a substantial relaxation in her hatred for the criminal underclass. Previously wanting them murdered, she now wants them to live wracked with terror in every waking moment.

Ms Patel expanded on this idea in a recent interview. She stated that she wants “criminals to literally feel terror at the thought of committing offences”. This ingenious policy could save millions of pounds in police funding as the very thought of crime could soon be punishable.

Whilst some were shocked by the language of the (former?) Israeli arms smuggler, the policy has been lauded as ingenious by others. By reducing could-be criminals to walking husks of trauma-ridden flesh, the rates of shop-lifting and petty crime could plummet.

What’s more, hiring thousands of police officers is expensive and costs money that could otherwise be spent on the NHS (then some no deal planning, stockpiling and lastly crowd control).  If only Labour could come up with a bit more of this fiscal genius.

In a society increasingly divided, with rampant inequality and a growing alienation of the populace, terror seems rather common at the moment. However, the call for ‘capital T-Terror’ is certainly new. Many previously confronted terror on a personal basis in their day to day lives. However, the government sponsored terror campaign would ensure that everyone gets their fair share.

The most important issue of course is Brexit. How can Ms Patel ensure her Terror is quintessentially British? With Terror largely being monopolised by Russian Stalinists, German Nazis, and Jeremy Clarkson’s fear of 12 year old Greta Thunberg, the UK market for Terror is saturated. With the exciting prospect of a no-deal Brexit, stocks of tear gas, police batons and electric nipple clamps may run low.

Objections have been raised over the risk of sub-contracting the Terror to the Chinese. British jobs in the living-nightmare-making world may be lost to XinJiang prison guards.

Ms Patel’s vision to replace the PC police who mollycoddle criminals with the thought police who murder them instead is certainly plucky. However, her hunger for Terror is matched by her incompetence. A poorly funded and privatised Terror state with secret police walkouts would certainly be British. 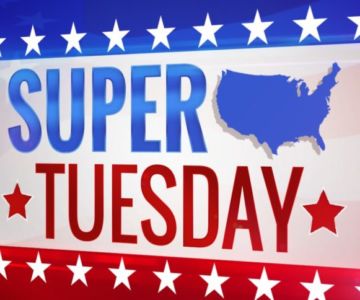 See You Next Tuesday

Following on from Super Tuesday (March 3rd), the next important Tuesday is the actual presidential election (November 3rd). A lot of candidates were hoping they’d see you on that next Tuesday. And a lot of those candidates’ dreams were dashed this week.

After March 3rd, it’s clear that neither Steyer nor Buttigieg nor Klobuchar nor Bloomberg nor Warren will be seeing you next Tuesday. For some of these guys (looking at you Steyer), this was pretty obvious ages ago…but they took their sweet time dropping out. It’s actually mind-baffling why Steyer stayed in the race so long. Was he hoping to win people over by being the most mediocre white billionaire ever? Or was he hoping that red plaid tie would do it?

Either way, Tom Steyer backed that azz up last weekend all the way out of the race. Then, unfortunately, Mayor Pete (who unilaterally affirms the platitude that all the good ones are either taken or gay), dropped out too, followed by Amy Klobuchar.

Then Super Tuesday happened and from the ashes of these failed candidates, a new democratic superhero was born: Super-Joe.

Super Joes-Day earned Biden wins in ten states. Sanders only won three. He’ll probably also win California as well, but they’re not technically done counting. Why? Because they’re California, not New Hampshire, and they have better things to do than count. (You know, like sitting around debating the cinematic merit of the Avengers franchise.)

Elizabeth Warren was technically still in the race. (Although, was she?) She came in third in her own state. Which is marginally less embarrassing than when Justin Bieber pretended to pee his pants (but definitely more embarrassing than when Fergie actually peed her pants). By the end of the day, Warren’s chances at being president were drenched in piss.

So were Bloomberg’s. Like Warren, he didn’t win a single state. Although he did achieve one spectacular victory: American Samoa.

The victory prompted a huge spike in Americans googling what American Samoa even is. And a huge spike in them trying to find out if it’s the same as “Samoan Samoa.” (It’s not.) Not only do these people obviously know nothing about geography, but they clearly didn’t see the Rock’s smash hit “Hobbes and Shaw,” (filmed in Samoa) — which is honestly more unforgivable.

Back to Bloomberg; It turns out his victory isn’t entirely unexpected, as he also spent the equivalent of American Samoa’s GDP on his short campaign trail. Expand that to the US, and he was really only 19.5 trillion off winning the entire country over.

Despite this, the next day, Bloomberg dropped out and got behind Joe, much to the disappointment of a small number of American Samoans, Facebook’s ad department and no one else. 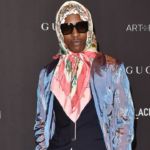 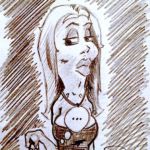