Controversial senior advisor to the Prime Minister, Dominic Cummings, was shown to have disregarded the government’s advice to ‘stay home, save lives, protect the NHS’. Cummings’ 260-mile lockdown holiday caused a considerable amount of speculation after he was spotted and reported by several Durham residents.

Stories varied from ‘Cummings moved his family to the only safe place on earth despite having symptoms himself’ , to ‘going there because his wife had COVID too’ , ‘dancing to Abba in his backyard’ and finally ‘admiring Durham’s wonderful ‘bluebells’ (he’s human, after all).

Some argued that because the rest of the nation had to watch grandma’s funeral on an iPad and bluebells on Google images, the PM should have asked his advisor to resign.

But, only yesterday Boris Johnson began his televised address by confirming that the elite are in fact above the law when he signalled his support for Cummings. Makes sense, for the Prime Minister would, of course, need Cummings’ permission before he could give the sack.

Thankfully, all doubts were going to be put to bed by a surprise and unprecedented press conference by the civil servant, as Cummings would clarify his actions by reading out his very own petrol station novella.

Cummings drove to Durham to save his child. Walked through his father’s woods, shouted at his parents but didn’t visit them and took a drive with his family to find out if he could still see after a loss of eyesight. Meanwhile, his child took a poo in the woods, which prompted all three of them to play together for a little while in said wood.

Cummings realised that after mentioning his father’s woods and the three houses within, it became difficult to pin this on the elites. So, instead he made a quick pivot to the media which of course got everything wrong. The rules were the rules, but there’s always room for judgement.

This beautiful story could inadvertently speed up the end of the UK lockdown, as the man behind the slogans has himself been ignoring them by making a 260-mile road trip. What happened to the days when political scandals involved sex, drugs, and backroom deals rather than holding a press conference to discuss where a man filled up for fuel and why he thinks London is not a safe place.

If nothing else, watching him squirm provided a brief relief for those stuck in actual lockdown. That relief was then quickly soured knowing it is, in fact, this man who the government takes most advice from. It’s a serious moment in German politics. The left are getting lefter, leaving many left behind and the right and getting righter (though they’re not always right). The country desperately needs an earnest sober person to speak some sense into its electorate.

Now it’s not super out of character for political parties to represent themselves with animals. In America, donkeys represent Democrats and elephants represent republicans. However, in America, elephant insignia are mostly just used to adorn license plates in Texas. And thankfully, the elephant never comes alive to slap on a MAGA hat and fill in for Tucker Carlson on Fox News.

The German Kangaroo, on the other hand, is an active voice in the left wing political movement. He originated as a character in the popular Germany book series (now turned movie), the Kangaroo Chronicles. The Kangaroo Chronicles have been called the German version of the iconic Seth Macfarlane / Marky Mark collaboration, Ted.

In the movie, the Kangaroo (who is animated in less impressive CGI than video games from the 90s) takes on a property-developing Trump-esque adversary, armed only with a copy of Mao’s red book.

Does the kangaroo character beat the Trump character? You’ll have to watch and find out. But it is clear that he has a way better shot than either of the Democratic presidential hopefuls. 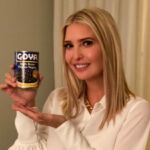 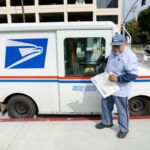