During this difficult time, there’s been a shining light at the end of the tunnel for many Americans, a one-shot last ditch effort to rescue the country from the clutches of a man who probably ran president in the first place because he gets off on seeing the orange tinted gleam of his skin reflected in TV cameras. And that shining beacon of hope is Joe Biden, the bumbling innocuous Obama VP who recently attended his own rally and then proceeded to ask reporters where exactly he was.

Never have there been so many Americans invested in the election success of a mediocre white guy from Scranton, PA whose most powerful election tools include reminding people about those memes illustrating his bromance with Obama and broadcasting painfully awkward video calls from his basement.

Trump says it’s because voting isn’t safe. Obviously it has nothing to do with him just wanting to stay in office as long as possible a la Vladimir Putin while raking in free swag and doing Fox News interviews where he compliments his own intelligence. Nothing to do with that whatsoever. He is genuinely just worried about people’s safety.

Trump is also worried that a rise in mail in ballots will lead to a crooked election. On that topic it’s probably best to take Trump at his word. After all, if there’s one thing he’s an expert in, it’s crooked elections.

Trump wants to fight corruption at all costs and ensure that every election is safe and fair. That was probably his motivation when he colluded with Russia and when he tried to get Ukraine to investigate Hunter Biden by withholding US aid. He was just interested in fairness.

Involving Russian hackers, that’s a fair way to handle an election. But potentially having some undocumented immigrants cast a vote? Well that should be avoided at all costs.

Trump’s press secretary Kayleigh McEnany recently denounced the delay of Hong Kong’s legislative elections by a year due to Coronavirus. She said it “undermines the democratic processes and freedoms.” But now it seems like the White House is trying to do the same thing. The only difference is that at least Hong Kong didn’t announce the news in all caps on Twitter. 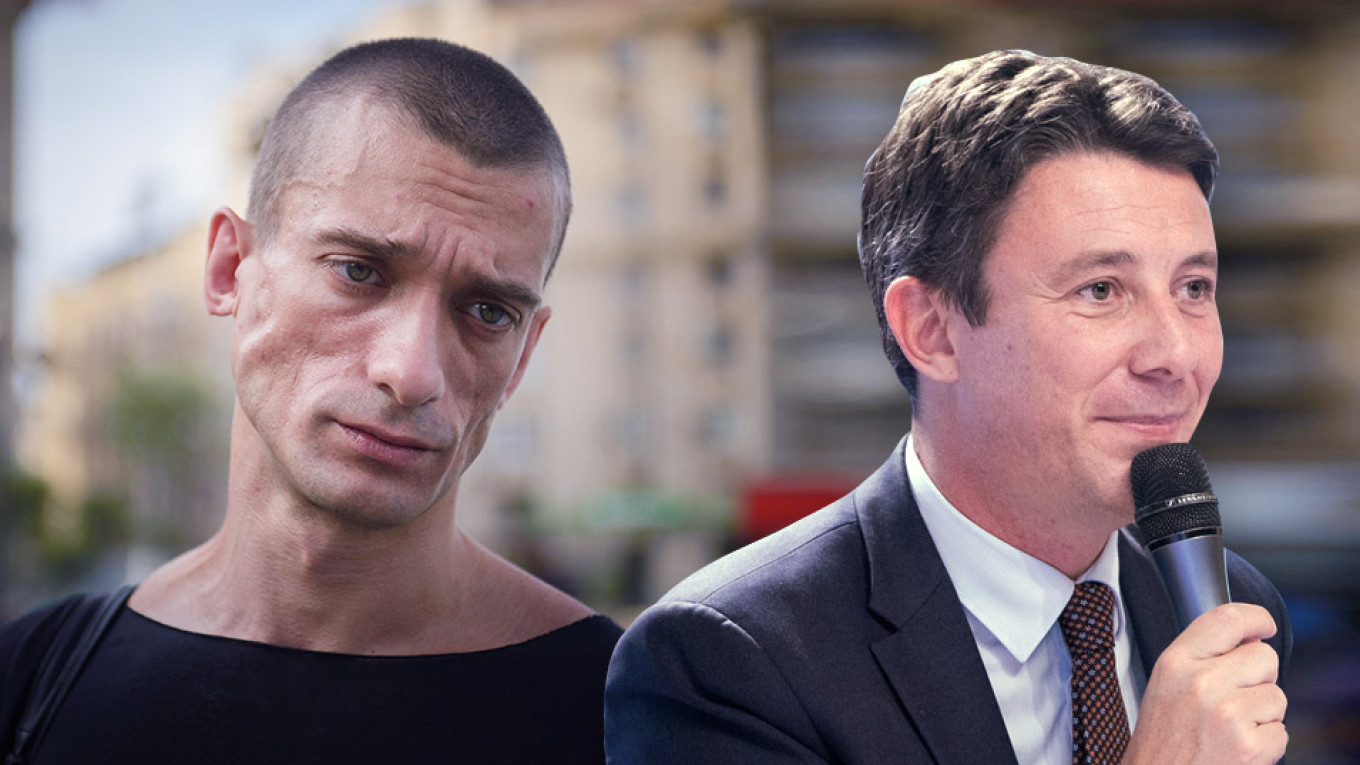 Benjamin Griveaux, Emmanuel Macron’s choice for mayor of Paris, had to withdraw from the election after his extra marital affairs were exposed by Russian performance artist, Piotr Pavlensky. Pavlensky posted Griveaux’s illicit text messages and videos of his genitals (although he did not incorporate them into a performance art piece, so that seems like a missed opportunity).

Pavlensky refuses to say where he got the genital video; however, he seems like a nice, normal,  reliable source of information… Once he nailed his own scrotum to the sidewalk in Russia.

He called it a critique of modern Russian society. (What was he critiquing? The sidewalk infrastructure that crumbled under a single nail?)

The scrotum performance didn’t really accomplish anything in Russia. So he presumably decided to try a different strategy for critiquing French society: i.e. nailing a different man’s scrotum to the sidewalk (metaphorically, at least). The man he chose was Benjamin Griveaux.

After it was shared by Pavlensky, the video of Griveaux exploded on social media. It was entitled “me this morning when I wake up.” It’s likely many of the people who clicked were expecting memes of cute sleepy animals…or instagrammable breakfast dishes. Instead they found an old naked guy playing with his, ehm…baguette.

Griveaux was forced to withdraw from the race for mayor. Russians have been known to meddle in elections before. But they usually do it through bots and hacks…not through men known internationally as “the scrotum artist.”

In fact, Pavlensky has already been in trouble for burning down a bank and stabbing someone…but it wasn’t until he started leaking sex tapes that politicians knew they had to get him out of there. “The first thing to do is to put him on a plane to Russia,” said one politician. Obviously it wasn’t Griveaux who said that though — he has something else he needs to do first thing every morning. 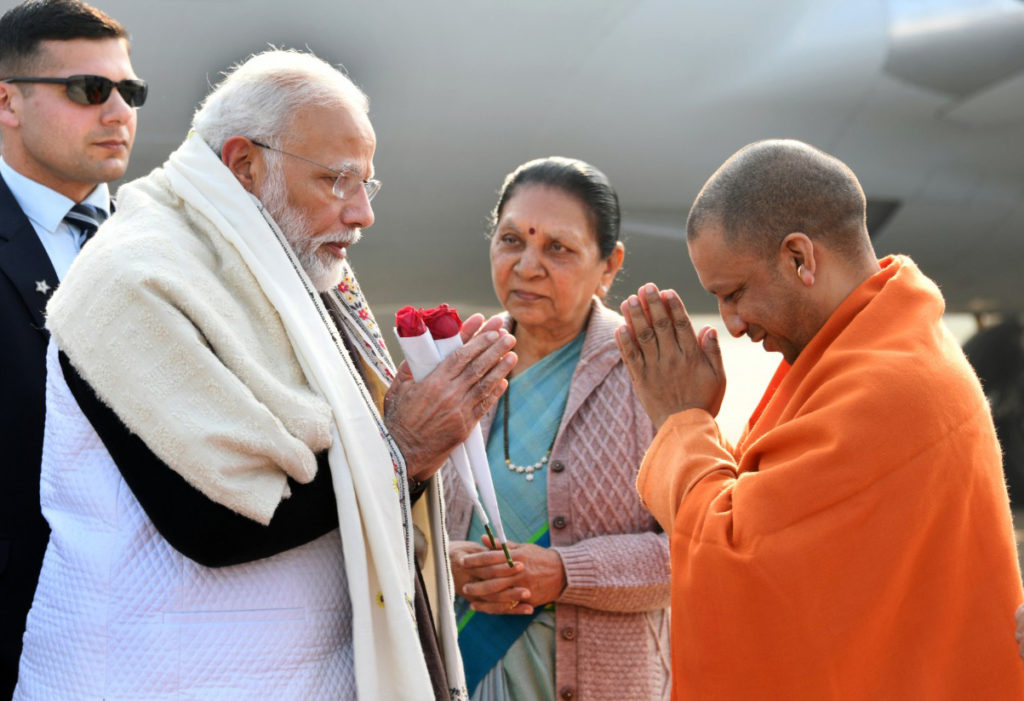 India’s right-wing President Narendra Modi is seeking to introduce a new citizenship law that will create a national population database in an attempt to define the country’s some 1.3 billion inhabitants, some of whom the government is accused of finding more desirable than others.

Especially since the partition of the former British Raj into Bangladesh, India, and Pakistan, ethnic and religious differences have plagued the country and been the source of many outbreaks of extreme violence.

It’s still a powder-keg issue today, that’s why the government has sought to remedy this by pushing for ever-more invidious notions of what it is to be ‘Indian’ in an updated caste system brought in by stealth.

The proposed National Population Register (NPR) sees ‘usual residents’ as people who have been living in a given area of the country for more than six months, which actually includes foreigners who are living in India.

The change to legislation has sparked demonstrations across the country, with nineteen people dying in acts of alleged police brutality in Utter Pradesh in recent weeks. A number of Muslim protestors face having their property confiscated after being handed ‘unpayable’ fines for vandalism to police equipment.

It’s one thing to attack someone with a police baton, but to then bill them for the damaged weapon takes authoritarianism to a whole new paradigm.

In a move that would make the leadership of their neighbours in China smile, the government shut down all cellular phone coverage in numerous cities  to hinder the organisation of largely peaceful protests.

Last week a Norwegian tourist, Jean-Mette Johansson, 71, was ordered to leave India when she took part in a peaceful demonstration against the law which critics have branded discriminatory to the countries 200 million Muslims.

But this is not the first time that India has expelled Europeans for involving themselves in its internal affairs… old habits.

Meanwhile, protests across India continue with some 200,000 tourists cancelling plans to visit famous sights such as the Taj Mahal in recent weeks, likely over concerns that major cities will be unsafe with ongoing demonstrations.

Though to call the massively overpopulated cities of India ‘safe’ at the best of times might be an overstatement. 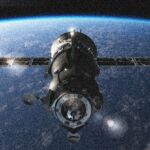