A month ago, Dominic Cummings, Boris Johnson’s chief adviser, wanted to replace the staff of Whitehall with “brand diviners” who hate Tommy Hilfiger and Chinese Cuban KGB agents. Or at least, that’s what he explained in a rambling blog post that at first seemed like a frape. (Before everyone realized that fraping hasn’t been cool since 2014).

He said he was looking for “weridos and misfits” to shake up an otherwise homogeneous government staff. It immediately became clear that Cummings spent too much time over the holiday watching reruns of Rudolph the Rednose Reindeer and finding inspiration the island of misfit toys. Now, it seems Dominic has been inspired by another cartoon.

In a recent interview, Cummings explained that the popular children’s superhero cartoon, the PJ Masks, would do a better job that Boris’ Cabinet. Which is awkward, as Cummins is in charge of running Boris’ cabinet…

Who are the PJ masks? A group of kids who use their pajamas to become crime-fighting animals at night. The main character, “Connor / Catboy” has super speed, launches blue hairballs and hates water. In one episode, Catboy becomes “baby-fied” and becomes “Kitten Boy” (which also sounds like the name of a popular male stripper).

It’s unclear why Dominic Cummings is so obsessed with cartoons. (Has he also been “baby-fied”?)

In explaining why the PJ Masks are the right guys for the job, Cummings tried to quote their catchphrase: “PJ Masks, we’re on our way. Into the night, to save the day!” But instead he ended up saying, “The night time is the right time to fight crime. I can’t think of a rhyme.”

It was highly embarrassing…but like not as embarrassing as the fact that he was literally recommending cartoon kids in pajamas for high level government jobs.

Throughout the interview, Cummings deflected multiple questions by referencing the PJ Masks. Apparently, he thinks Boris’ cabinet needs to spend less time debating topical issues like HS2 and Huawei and more time dressing up as cats who cough blue hairballs.

Boris Johnson’s office was asked for a response to Cummings’ comments about the PJ Masks. His spokesperson said: “I’m not familiar with [the PJ Masks’] work.”

In other words, he didn’t immediately disagree with the assertion that cartoon superheroes might be more qualified than his current cabinet. Instead, he didn’t want to come out on one side or the other because he wasn’t familiar enough with Connor / Catboy’s leadership record.

Boris Johnson is expected to shake up his Whitehall staff this month. However, the public will have to wait and see whether he decides to bring in Catboy, or any of his PJ Mask allies, who include Teeny Weeny Ninjalino or Captain Smartypants.

Until then, Dominic Cummings will likely be at home, watching cartoons and playing with his own Teeny Weeny Ninjalino. 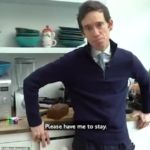 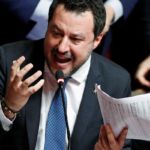