The upcoming UK elections have taken a turn for the strange, as the Brexit Party announced it will not contest any of the 317 seats held by the Conservative party. Instead, it will focus on gaining a foothold in all Labour and Lib Dem constituencies, in favour of a mega-Brexit.

In case you’re confusing this with the Brexit party from last week, that said the Boris deal “was not Brexit” and a “betrayal of the people”, it has now morphed into a semi-skimmed Brexit party.

The Brexit Party’s official stance is that because Boris Johnson will not extend beyond 2020, and because he will push for a “Canada-Style” free trade deal without political alignment, they will not oppose the Conservatives.

So, they’ve gone from “we need to physically move the UK to the other side of the planet and commit all trade to Tuvalu. Otherwise, it’s not Brexit” to “Why not get one of those enhanced free trade deals with the largest trade block we’re right next to”.

Of course, this strategy doesn’t come without problems.

Firstly, Boris’ word is worth about as much as a vote for the Liberal Democrats, so he really could go either way after the election. Judging by his track record, the outcome should lie somewhere between the UK adopting the Euro and banning women from the House of Commons.

Second, a Canada-style deal will include lots of regulatory alignment with the EU, and that might upset those who voted for the Brexit party in the first place. In which case, what are they going to call a party to opposed the Brexit party?

Let’s also remember that countries like Denmark and Poland are in the same Union, which means the EU is about as politically aligned as Ted Cruz and Greta Thunberg. But it was never going to be about facts, was it?

The Brexit party’s pivot has caused a bit of outrage, as the 317 candidates who were supposed to be running already incurred significant costs. Some candidates spent over £10k on their campaigns already and a total of £31,700 in administrative fees to the Brexit party have already been paid.

Don’t be fooled, even before this debacle you couldn’t trust Nigel to run a bath without disappearing. But, this isn’t the last you’ll likely see of him. Word on the street is that Boris Johnson offered Nigel peerage, meaning he can soon be found in the House of Lords among other unelected elites.

Although, if his seat in the European Parliament is anything to go by, it should be the last place he’ll be. Americans are quickly learning that no matter how vile and problematic you think something is, there’s no way to keep it out of the White House.

Two White House staff members have officially tested positive for the virus, including one of Trump’s personal valets. (For those who haven’t watched Downton Abbey, a “valet” is a guy who dresses / undresses you with vague levels of homoerotic tension).

The government’s attempt to contain the virus outbreak in the White House is just as organised, skilful and astute as their attempt to contain it in the nation. In other words, no one knows what’s happening, everyone’s terrified, and Mike Pence is walking around without a mask.

Late Sunday, the White House announced that Pence would not be altering his routine in any way. (I.e. he’ll continue drinking Mountain Dew while complaining about gay marriage).

Meanwhile, top White House health officials have decided on a different but equally valid path: actually self quarantining. Dr. Fauci said he would undertake a “modified quarantine.” This is partially for his health and partially so he has more time to re-watch the SNL skit where he’s played by Brad Pitt.

Other White House employees are being encouraged to work from home, including Melania Trump’s entire staff. These employees will be sorely missed at the White House for their vital work organizing Melania’s Louboutins and painting on her winged eyeliner.

Those are still heading into the White House say, “It is scary to go to work.” They didn’t clarify whether they were scared of Coronavirus or scared of what Trump would look like without his valet putting on his matte foundation each morning. 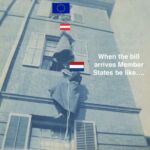 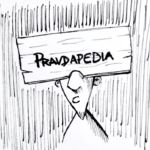