Brexit… when life was more simple 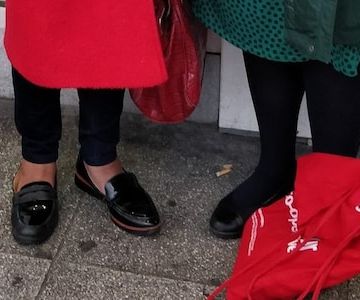 Over the past weeks, a growing number of Facebook users have re-uploaded their profile pics with the filter, “Don’t vote Tory, you’re too sexy!” Despite this keen subliminal messaging, Tories won the general election in a landslide victory. Apparently, most Brits were, in fact, not too sexy.

The one thing neither side can deny is that Boris Johnson ran a kickass campaign. Instead of doing silly things, like showing up to televised debates or sitting on Andrew Neil’s lap, BoJo decided to reenact a scene from Love, Actually. (Note: despite the fact that a goofy lovable Prime Minister is one of the characters in Love, Actually, Boris decided to cast himself as that sad little guy who creeps on Kiera Knightley). Nailed it.

When the going got tough on the campaign trail, Boris coped by hiding in refrigerators giving a sneak peek into how the Prime Minister might act under pressure. When Good Morning Britain approached Boris last week at a dairy delivery service called “Modern Milkman,” Boris dodged into the Milkman’s fridge. (Not a euphemism).  Later, Conservatives insisted he was “categorically not hiding” in that fridge. If that was the case, we’re not sure what he was doing with the “Modern” Milkman.

Clearly, Boris ran a foolproof campaign. Labour, on the other hand, ran on silly campaign promises like free university tuition fees, 5 more years of deliberation of whether to stay in the EU and free care for the elderly. Note: no word on whether “free care for the elderly” extended to all elderly people or just Jeremy Corbyn.

Strategists are still studying what led to Corbyn’s epic downfall. Was it his policies? The fact that he’s high-key anti-semitic? Or his failure to recreate an iconic scene from Love, Actually?

Whatever it was, the rest of the Labour Party wasn’t helping. Diane Abbott, for example, went out campaigning while wearing two mismatched shoes. More shocking than the fact that someone might pick out two mismatched shoes is the fact that any woman or man would own two pairs of such ugly black loafers. Also, both shoes she wore were for left feet.

Maybe Labour would’ve been more successful if Diane Abbott, after realizing her footwear faux-pas, hadn’t posed for photos and had instead hidden in a fridge.

It’s been a weird week for everyone. A month ago, LibDem leader Jo Swinson thought she might be Prime Minister. Then she lost her own seat. Still better than losing all her right shoes.

What did we learn? First, we learned that Britain really does want to get Brexit done. Second, we learned that Facebook campaigns shouldn’t promise sexiness in exchange for political allegiance. Lying is far more effective and Facebook allows it. Finally, we learned that when it all gets to be too much, it never hurts to go hide out in your milkman’s fridge. 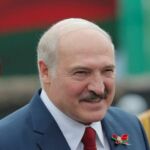 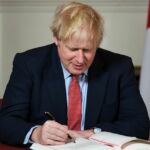