The Hong Kong government has proposed an ‘extradition bill’, that allows suspects to be extradited to mainland China. Hong Kong’s (supreme) leader, Carrie Lam, has insisted the bill is absolutely necessary to ensure public safety and fill any legal loopholes. Makes total sense if you think public safety is harmed by people who write critical articles and loopholes are defined as protesters roaming the streets freely.

The reason why Hong Kong has been China’s liberal annex up until now is because it’s been run under a “one country, two systems” regime ever since the British relinquished the territory. For Hong Kong citizens, this means it is still China, but with freedom of information, an independent social and judicial system (so much for that). For wealthy expats, it means hiding your money from the rest of the world is easy and being able to send your children to expensive private schools.

The bill means Hong Kong citizens could be extradited for breaking Chinese laws – thereby impeding on Hong Kong’s sovereignty. The bill is thought to target suspects of political crimes against the Chinese regime and extradition would likely result in facing an unfair trial in China. This, because China prefers the outcome of a court case not to be left to chance and Chinese laws are far more stringent on freedom of expression and activism. So, if ever you think voluntarily joining the EU is giving up sovereignty, it really could be worse.

The proposed bill has caused uproar amongst the 7 million inhabitants of Hong Kong. When the bill was discussed in parliament last month, a brawl broke out, resulting in one of the members to faint and to be dragged out on a stretcher. This weekend’s protests were the biggest in Hong Kong history and drew over 1.3 million citizens, or about 200k if you want to believe the Chinese who may have taken a leaf out of Trump’s book…

The bill is not the first attempt by the Chinese to ‘take back control’, as in recent years the lines between the Chinese and Hong Kong regimes have blurred. Four years ago 5 employees of a Hong Kong bookshop went missing and were later found to have been kidnapped by the Chinese authorities. It is thought they were abducted because they sold books about the private lives of members of the Chinese Communist Party. But, the Chinese didn’t think that would keep Amnesty International happy, so instead the owner of the bookshop gave a scripted confession to a drunk driving incident from 11 years ago. Makes drink-driving laws in the US or Europe seem like a breeze.

It remains to be seen whether the protests will keep the Chinese  government at bay. After all, the Chinese don’t take kindly to protests. Just think of that thing that didn’t happen in Tiananmen Square 30 years ago and that Hong Kong’s partner in crime Taiwan has been claiming independence since 1949. Should be happening any day now…

So, the Chinese are already snatching anyone they please, and protests are not the way to their hearts. Some ironic, yet inspiring, words for the protestors of China’s capitalist annex; all you have to lose are your chains. 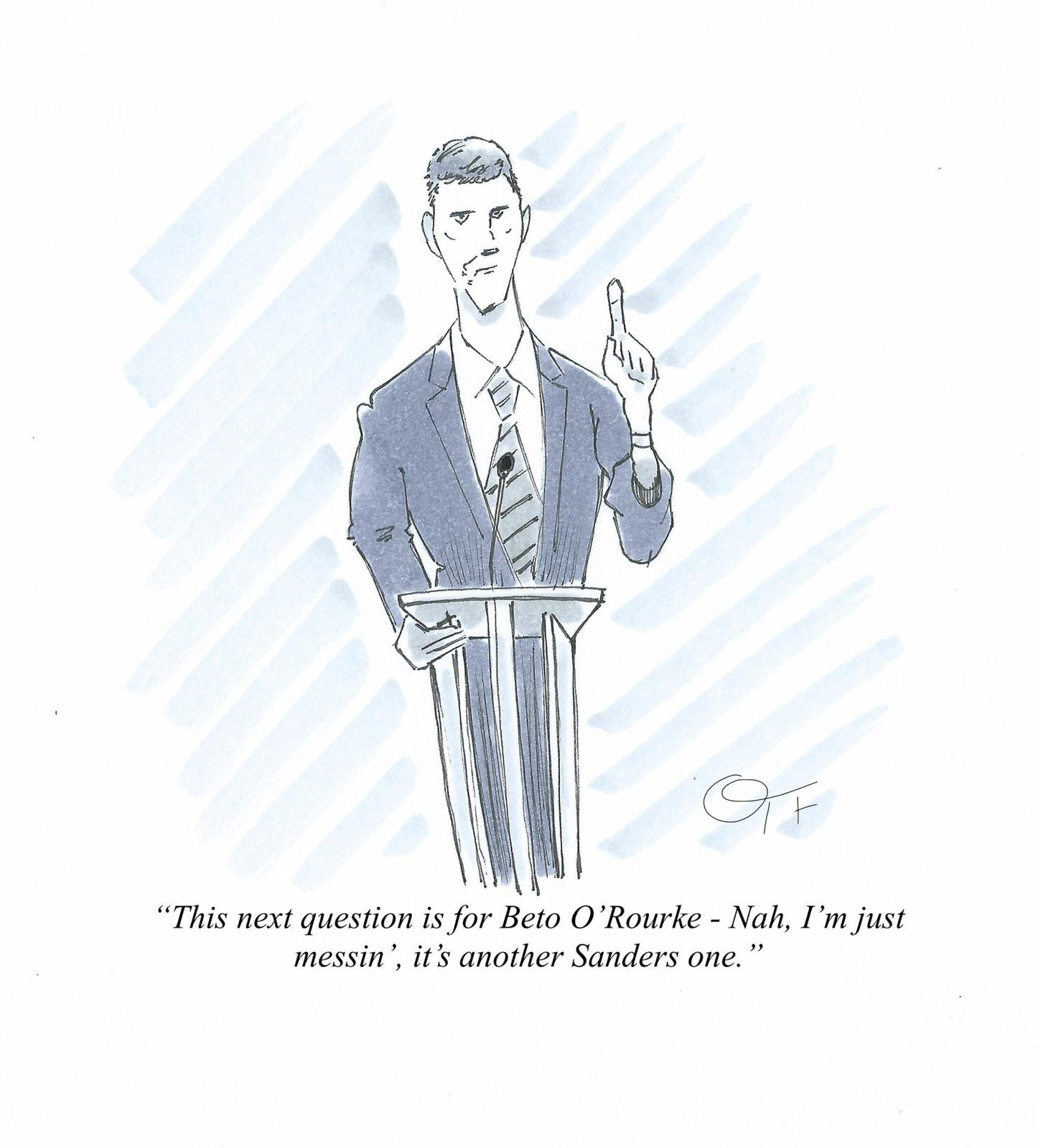 Nonetheless, you have to give both credit for launching their completely meaningless campaign built on image (Beto) and an overriding obsession with automation (Yang) into getting enough donors and support to qualify for July’s debates.

Unfortunately the moderators saw it differently, giving both very little speaking time at the recent second Democratic debate in Detroit.

Rumor has it that Beto’s photo was actually listed on a milk carton missing person ad halfway through the debate, while Yang was sighted talking telepathically to an advanced AI cloud system from behind his podium in a high-level trance.

The two nights of Democratic debates had four main speakers: night one was dominated by Elizabeth Warren at over 18 minutes and Bernie Sanders at over 17, while Marianne Williamson and John Hickenlooper got just over eight; for night two Joe Biden got over 21 minutes and Kamala Harris got over 17 (presumably to pretend she’s not a cop). Yang and Bill de Blasio both got around 9 minutes. Beto got around 10 minutes on night one, but he was just invisible.

When Beto was finally called on at the second debate he looked like a kid at show-and-tell who someone asked to see their macaroni painting. Then again that’s how Beto always looks. Doing his best to channel someone who plays president on TV, Beto spoke about how “this moment will define us forever” and “American will be redeemed” from a “lawless president.” Beto promised “world-class healthcare” and went after Governor Steve Bullock (nobody knows who he is or if he actually exists). Beto also said it’s possible to beat Trump in Texas, because pie in the sky is delicious.

Yang, for his part, said people should be paid to stay out of jail and said it’s too late to fight climate change and we should run for higher ground. He also rolled out his canned line about “the opposite of Donald Trump is an Asian man who likes math.”

Yang said Trump is president because people are scared of machines, while the Terminator soundtrack began playing somewhere in the background. “If you go to a factory here in Michigan you will not find wall-to-wall immigrants, you will find wall-to-wall robots and machines,” Yang warned the crowd. No other candidate raised the issue of sneaky immigrant machines who may be top-secret spies from Russia.

All in all they were quite the non-debates for Beto, Yang and other rumored individuals who may or may not exist such as Bullock. Next time Beto is advised to break out an acoustic guitar and sing in Spanish, while Yang might do well to speak through a Stephen-Hawking-style AI voicebox and channel the intelligence of Google’s DeepMind system. 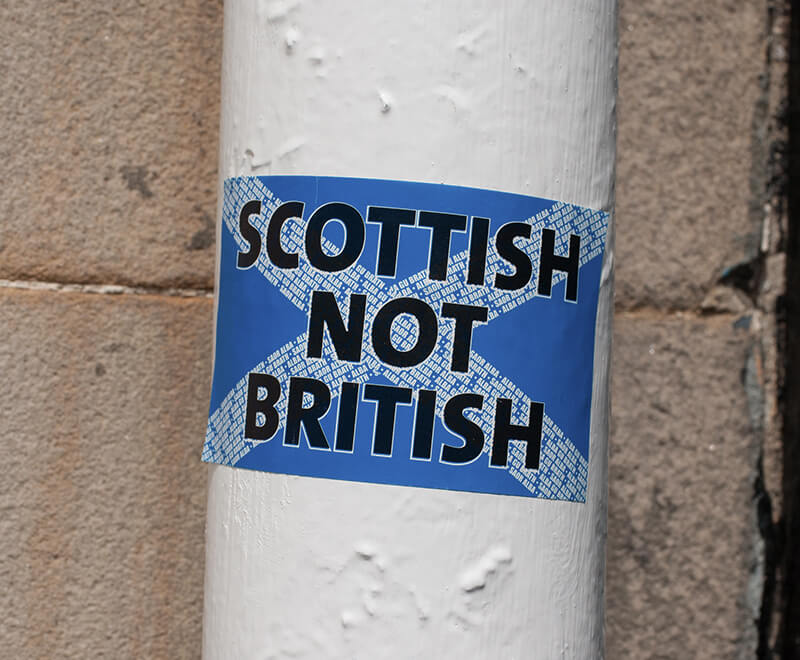