A Brit’s Guide to the EU Elections

A Brit's Guide to the EU Elections

In about a month and a half, all European citizens will be able to elect unelected bureaucrats in the European Parliament elections. Despite the UK trying to leave the EU for the past 2 years, 9 months and 22 days, this will likely include Brits – as if this EU thing wasn’t confusing enough!

So, with Brexit still pending, here is a handy guide to the European elections for Brits.

What is the EU?

The European Union is a thing in Belgium. Brits recently voted to leave it because it makes British laws, takes away all the money from the NHS, makes bananas straight, is undemocratic and asks you to vote in their tedious elections every 5 years. Good riddance.

What on earth is the European Parliament?

Only 35% of Brits votes in European elections, so you’re not alone in asking! The people who do vote are mostly hippies or “not racist, but”. If you’re neither, you probably never bothered anyway.

The European Parliament are a bunch of elected bureaucrats voting on laws made by the European Commission (the unelected bureaucrats). Laws include: allowing you to roam freely in Europe without paying millions for your phone bill, making sure Google and Facebook don’t steal all your data without asking nicely and banning you from handling a salmon suspiciously. Wait, that last one is British:

Should I vote in these elections?

This is a tricky one. No one really knows whether your vote will mean anything in the end. Then again, did it ever?

If Theresa May continues her tradition of postponing Brexit, like she has her resignation, there will be many more EU elections for Britain. So yes you should vote.

There is even a good chance the UK will be out of the EU in the next couple of months, in which case, you will have voted for 73 politicians in a parliament that has nothing to do with you. Extremely undemocratic, granted, but it’s good banter.

Who Should I Vote For?

If you’re “not racist, but” there are two parties to choose from. Vote UKIP, and fight the political elites by electing the biggest British party in the European Parliament. But, be warned. UKIP, always standing as they can’t get a seat in Westminster, will be confronted by some serious identity issues if they face life beyond Brexit.

The other option; Nigel Farage’s ‘The Brexit Party’. Its logo is an arrow pointing to the far right, so there will be none of that UKIP confusion.

Nigel wants to fight career politicians, so after 26 years in politics, he decided to break away from the political party he founded and start a new one. This will keep Nigel off the streets, out of the UK and in the EU.

If you’re a hippie it depends on what sort. Champagne socialists from West London head over straight to the Lib Dems, and swipe your MyWaitrose card on the way out. They will probably not get much done, but on the upside, they’ll keep you company when you’re applying for your second passport.

But, if you are serious about your home-grown leaf tea you really should vote Green (they’ve got three times as many seats in the European Parliament as in the British one – a grand total of 3). This way all 3 of Europe’s polar bears are in safe hands, and the world will be saved one tote bag at a time. 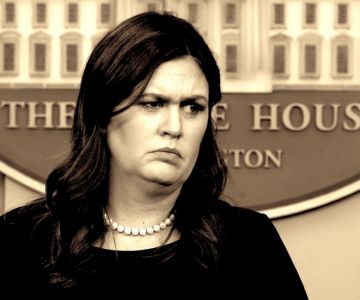 It is the end of an era. As momentous as the fall of Rome and as unavoidable as the extinction of the dinosaurs – a victim of cosmic destruction. Sarah Huckabee Sanders is no longer the Deputy Press Secretary… as of next month.

This has been a long time coming. Not because the Trump administration has a higher turnover of crap than the Times Square M&M store, but because, in truth, Huckabee Sanders already stopped doing her job. About three months ago, to be exact. Paid leave of absence sounds more like the other Sanders. But, now it’s official: she will leave us in but a month’s time.

She will be missed. The way she would scramble to defend Trump verbally high-fiving white nationalists. How she would move on to the next reporter mid-answer with a slight undertone of ‘phew, this is going rough’ and the effortless grace with which her eyebrows danced upon her forehead, coming to a wrinkled halt like they couldn’t believe what was being stuttered just inches below them. She stuck it out for almost two years, after Sean Spicer had already gotten too spicy after just over half a year. She was one of the greats. She will be missed.

There will be haters, who will exploit her bold-faced lies to tarnish her legacy, but let’s not be so blinded by the truth to keep us from celebrating her achievements. Let us instead remember her for the times Trump made her job so impossible she had no choice but to lie!

Like when she was thrown into the deep end before she even had time to put on her water wings. Why was FBI Director James Comey fired? Christ, that’s one hell of a deep end – more like rapids with shark-riding crocodiles. What was she going to say? That the President was, in his own words, ‘f***ed’? No way, José! What? José’s been deported? No way, Jeff!

Like a cornered cat, with her back up against the wall, she extended her claws and went for the jugular. ‘He lost the confidence of the rank and file members of the FBI’ she said, ‘the American people had lost confidence in his ability to do the job’, she told us. ‘The job’ being indicting her employer?

Luckily the American people generally really couldn’t tell Comey from Tom, Dick, or even Harry before this whole fiasco began. So, She could shake it off as a ‘slip of the tongue’ and the press were happy-ish…

It also could have been the accusations she levelled at the press for disreputable journalistic practices. Eh, guess we’ll never know. What we do know is that Trump is going to have a hell of a time finding someone who will be as committed to cleaning up after him like Huckabee Sanders was. She was basically sent in to clean up after a hurricane with a sponge and a leaky bucket. At some point, it’s not giving up if you quit, it’s just insanity if you stay.

They do a good job of that themselves at the moment 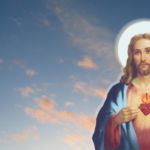 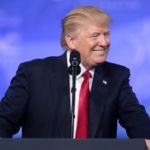