Ever since Nigel Farage threw his party’s chances of forming a sizeable caucus in Parliament down the plumbing by announcing that they would not stand in Conservative seats won in 2017, Brexit has lost its most zealous advocate; the crusaders have all gone home.

Boris Johnson’s vanishing of the deadline to leave into sometime in January as well as Labour’s refusal to commit to a forthright position have left little to discuss on the issue. Corbyn knows (rightly) that his party are much stronger on domestic issues than on Brexit. That’s why their policy on leaving the EU was a mere footnote in the manifesto.

John Bercow shouted ‘ordaah!’ for the last time and Parliament recessed, depriving televisions screens of the febrile nights of motions and debate and of course attempts to sit on the Speaker’s lap as well as semi-regular theft of the ceremonial mace. For something similar, viewers can tune into the Zimbabwean Parliament, which is said to get just as lively from time to time.

But the other parties are following Labour’s lead by making their campaigns almost entirely domestic, the Lib-Dems have even retired their ‘Bollocks to Brexit’ slogan and focused on social policy. As we have already covered, the parties are looking to raid the money-tree to attract voters.

Who would have thought at the end of three years of ‘Brexit means Brexit’, ‘do or die’ pledges, breaking point posters and titanic defeats for the government that Brexit would make for a no-show during an election? Last time we checked, the UK is still firmly in the EU (albeit not turning up to many council meetings), the deal still isn ’t signed into law and no blue passports in sight.

Indeed, the BBC has just announced that neither Johnson nor Corbyn will attend Friday’s seven-way election debate, instead taking after Theresa May circa 2017 and sending someone else into the firing-line. It seems that Brexit has surprisingly taken a backseat in this election. 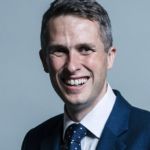 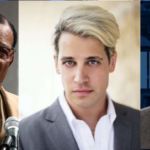