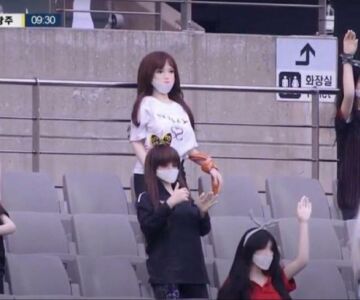 While football fans across Europe scrambled to justify which Bundesliga team they had in fact always supported, and fans across the UK forced themselves to watch German football without chanting for the destruction of “10 German bombers in the air”, it seems that the restart of the South Korean K-League has caught us all off guard.

Similarly to games in the resumed Bundesliga, FC Seoul played their first home game of the season to an empty ground. In stark contrast, however, FC Seoul’s stadium was populated with 30 premium sex dolls. 28 female and 2 male, in case you were wondering – a strange mix of irony and sexism when the only way to bring women to a football stadium is in the form of a blow-up sex doll. And yes, somehow that does make it more disturbing. As do the face masks and comments by FC Seoul official Lee Ji-hoon who admitted that he thought the dolls looked “very human”.

There are many interesting questions when it comes to resuming the football season. Some trivial: why can players tackle normally but not celebrate together; what’s the point in substitutes wearing face masks only to take them off as soon as they come onto the pitch? Some more existential: can we really justify the thousands of tests required each week to check coaches, television crews, staff, and players across every team when frontline workers are still struggling to get swabbed; what about the players who don’t want to return for fear of infecting loved ones? Why rush?

Money, most probably. It’s assessed that in England, Premier League football clubs will owe over £760m in refunded television rights payments if the season is voided. While that’s not cataclysmic for a league with £1.5bn in reserves, especially as its teams are already eyeing up spending hundreds of millions in the summer transfer window, lower leagues are already suffering the loss of matchday revenue without the prospect of subsidies to stay afloat.

So, what to do? Well far be it for one humble columnist to provide the panacea, but maybe the K-League did get one thing right, albeit accidentally. If the stands are going to be empty for the foreseeable anyway, why stop at just the 30 sex dolls? Let’s pack out the stadiums with these ‘premium’ dolls and sell the advertising space. It’ll keep the XXX industry ticking over (rather than the disturbing trend in COVID-19 themed content); pump up advertising revenues; save television fans from the eerie quiet of an empty stadium; and who knows, it may even draw in fans across sporting divides.

Whether people will be there for the football is a different question entirely. 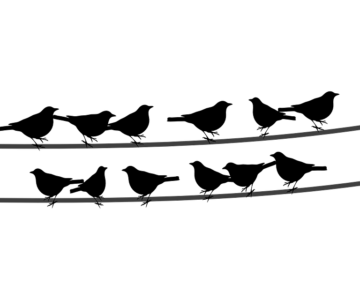 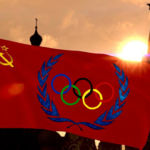